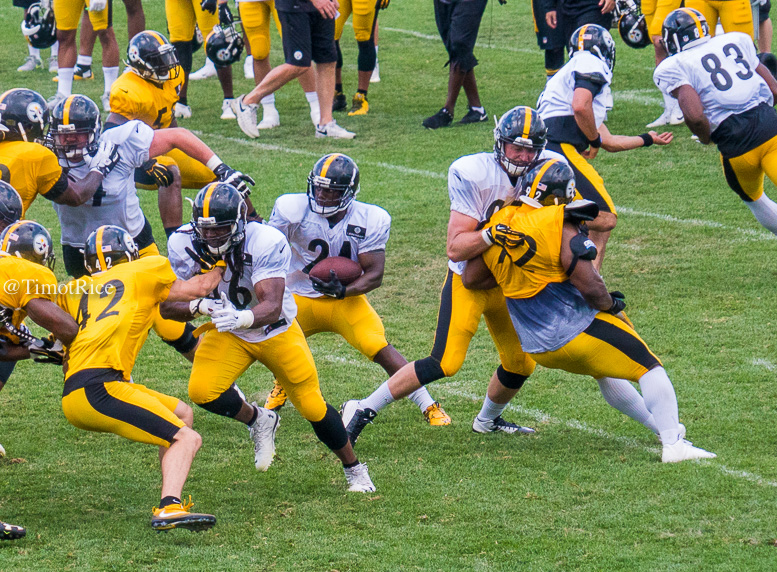 The Pittsburgh Steelers will part ways with several more players on Saturday as part of them trimming their roster down to 53 players. While the official list of roster moves and cuts isn’t likely to be released by the team until later in the day, we now know the names of four more players who will be waived on Saturday.

According to Jeremy Fowler of ESPN.com on Twitter, Brandon Brown-Dukes, guard Antoine Everett, tackle Matt Feiler, and defensive tackle Lavon Hooks have all been been waived.

None of the three names are surprising at all and now each will hope they can return to the team as a member of the practice squad.

The Steelers originally signed Brown-Dukes this past May after he participated in the team’s rookie minicamp as a tryout player. While the Mercyhurst product did stick on the roster for the entire offseason, he wasn’t given much playing time during the preseason.

Hooks, who entered the league in 2015 as an undrafted free agent with the Green Bay Packers, signed a futures contract with the Steelers in February.

As for Everett, who entered the league in 2015 as an undrafted free agent with the Tampa Bay Buccaneers, he had only been with the Steelers a short time as he signed with the team on Aug 20.

Feiler, who saw a good amount of playing time during the preseason at right tackle after signing a futures contract with the Steelers in January, probably has a very good shot at landing back on the practice squad.

On Friday, it was reported that tackle Wade Hansen and guard Shahbaz Ahmed were also waived.

Jeremy Fowler is reporting 6th round pick Travis Feeney has been released.

Montell Garner has been waived.

Steven Johnson and Doran Grant have been cut. Tyler Matakevich has made the initial 53.

The Steelers final cuts are in. Refer to the top list for the players who have been waived/cut.