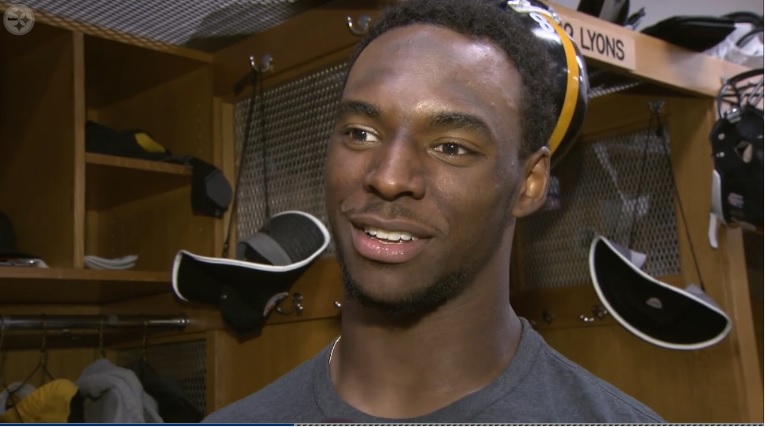 Despite Sean Davis being drafted as a safety, as anyone in the league can tell you, plans are never concrete. And so when Senquez Golson broke his foot early in camp, Davis was ushered into the slot.

Though he actually played more safety than cornerback in the preseason, Davis has functioned as the starting nickel corner throughout the preseason following Golson’s injury. And in the season opener, that’s where Davis expects to play.

“Same old stuff,” he responded, per Steelers.com, to where he’d line up tomorrow evening. “Mostly going to be in the slot. Just looking forward to that. They got a couple nice receivers in there, real shifty and fast.”

Davis will most often cover Jamison Crowder, a 5’8 185 pound receiver who caught 59 passes his rookie year. But Washington moves their weapons around, putting Desean Jackson inside and of course, tight end Jordan Reed. His following of Reed could most often in dime, with Davis at safety, something he hinted at doing.

“I just roll from nickel to back at safety. That’s just another package we got. We got six DBs in the game. It gives me a chance to go back there and be more comfortable playing safety.”

A first game for a rookie is uncomfortable and if the preseason game was any indication, Davis figures to be pretty nervous. But there is one source of comfort, somewhat of a home game despite the Steelers having the away tag. Born in D.C., he attended Maryland. And that’s meant sifting through a whole bunch of ticket requests.

Davis may be one of the X-Factor’s on defense. He’ll be asked to wear many hats, from slot work, to dime, to special teams, and slow down some of Washington’s biggest threats. He ended the preseason on a high note but his coverage ability is still largely an unknown from the slot and sure to be tested by Kirk Cousins and company.