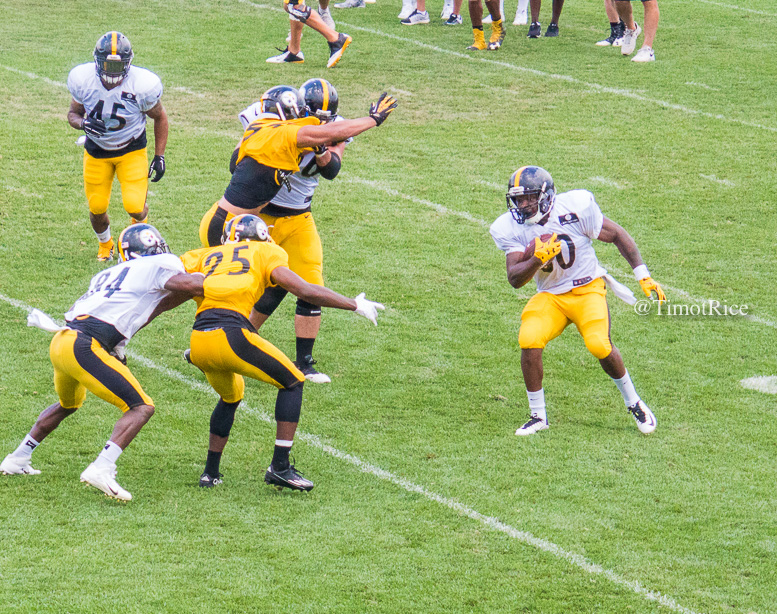 No, the final roster won’t be set for over another week.

But in a few days, players will begin to receive their walking papers.

By August 30th at 4 PM, all NFL clubs must trim their rosters down to 75 players. Quick math tells you that’s 15 players in uniform tonight who will be gone by then, giving those bubble players one last crack at showing they should stay.

And reps will be valuable. In true supply and demand form, there won’t be many to go around for those guys when the starters should take up the first half. That leaves immediate backups for the third, maybe bleeding into the fourth, and table scraps for the rest.

After the Saints’ game, we’ll mock up a quick prediction of who that first 15 will be. Some of those names have probably been known to the team for a week and Mike Tomlin mentioned that in his weekly chat with Steelers.com’s Bob Labriola.

“I really just look at who is out of place, or even who is ready to go. Often times guys are worn down mentally, and it shows. That first round of cuts usually is more obvious than the round of cuts that occurs a week or so later.”

But he’s played both sides, answering the question Wednesday with a classic “let them compete” mentality.

“I’m really not identifying those guys in that way at this juncture,” Tomlin said in response to bubble players. “Really I got an open mind about guys working to make it. We’ll cross that bridge when we come to it.”

For those players, making that one splash play, taking advantage of that one golden opportunity, can be enough to warrant sticking around for another week. Do so and the reps will be bountiful with a smaller roster and all starters sitting out of the preseason finale.

It may not ensure you a spot on the 53 but it’ll open the door to stay on the practice squad. And in an even worse case scenario, cut outright, additional plays to add to the highlight reel and send out to the rest of the league, hoping to latch back on.

One last chance for someone like Cameron Stingily, who is playing better than last season and has worked hard to get back to where he’s at yet still seemingly behind Brandon Brown-Dukes. Or the back end of the receivers group, a talented unit but one that will have to be trimmed down by one player, if not two, in a few days. Marcus Tucker, Levi Norwood, Issac Blakeney all guys who could really use a big play to make their final argument.

Defensively, Jordan Zumwalt is fighting for one last crack at it in the finale. Or cornerback Julian Whigham, newly signed, hoping he can have an extended stay in Pittsburgh.

Ben Roethlisberger will play and hopefully, probably, play well. Ditto with Antonio Brown, Le’Veon Bell, and the rest of the household names. When their day is done, they’ll put on a ball cap, hang around the sidelines, and mentally get a small break, knowing they won’t see the field again for two weeks.

Bubble guys will be as nervous as ever. Biding their time for their chance. And hopefully not the last one they’ll get.