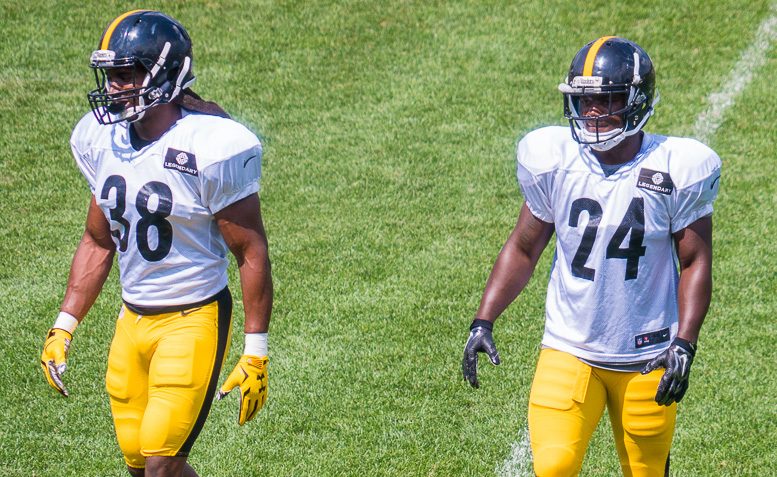 The Steelers are currently dealing with a situation in which they may have a temporary need for an additional running back at the start of the regular season, for the second year in a row, due to yet another potential suspension handed down to running back Le’Veon Bell. Last year, it was a two-game suspension that they had to weather, and now they could potentially be dealing with one twice as long.

While the Steelers seem to be in a bit better shape this year than last in that regard—their third running back had not even been on the team—there is still some uncertainty on that front, but there are some interesting candidates, and among them, a veteran has begun to draw some interest in recent practices.

Daryl Richardson, a former draft pick of the Rams, was signed by the Steelers to a Reserve/Future contract at the end of the 2015 season, and he has been with the team since then. He stands a good chance of making the 53-man roster to start the season, even if it may be a temporary stay.

A third-year player, Richardson actually found success during his rookie season in 2012, and was even briefly viewed as the future starter for the Rams. He carried the ball 98 times in his rookie year for 475 yards, averaging 4.8 yards per carry, adding another 163 yards and 24 receptions. He did not manage to score a touchdown on any of those touches, however, and he did fumble three times, losing two.

He started three games the following year behind a dilapidated offensive line, and was released halfway through the season, and he has since then spent most of his time bouncing around on a variety of practice squads before landing with the Steelers.

He has been turning some heads recently, however, able to break off a few long runs during live tackling sessions, and he also prides himself in being a complete back, having been the best performer among the fringe running backs in blocking drills. That alone could help him make the roster, though weather he is there by Week Five is another matter.