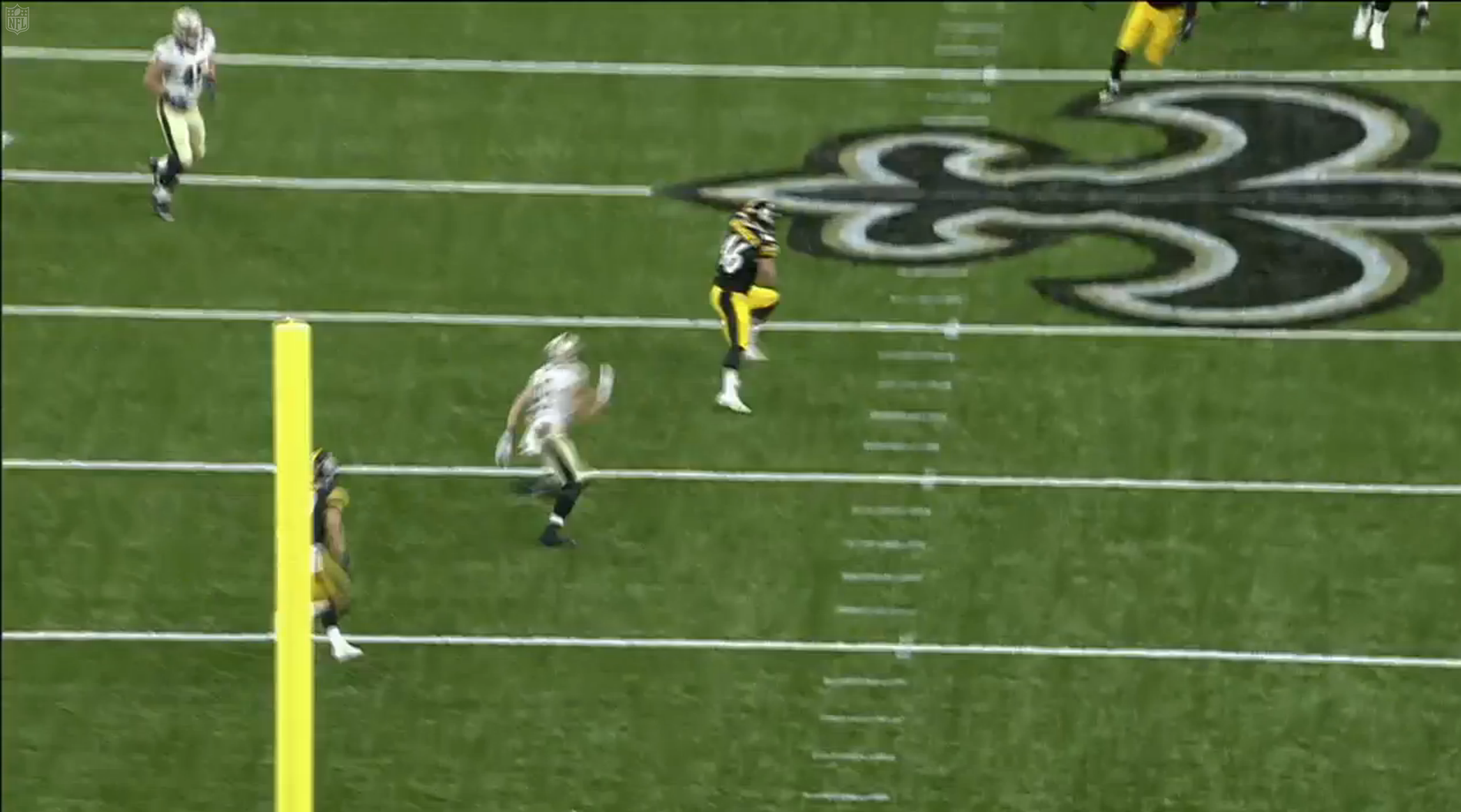 Question: Did either of Steven Johnson’s or Tyler Matakevich’s late-game interceptions move the needle in their presumed roster battle?

The Steelers suffered two blows to their inside linebacker depth early in the offseason when two of their top three reserve linebackers ended up signing contracts outside of Pittsburgh in March. That presumably opened up two roster spots at the position, to be determined over the course of training camp and the preseason.

Over the course of the offseason, it seems to have been agreed that second-year man L.J. Fort is likely the favorite to secure the fourth spot on the depth chart, and that would naturally leave one roster spot open between Steven Johnson and rookie Tyler Matakevich.

Johnson, entering his fifth season, comes from a background of no pedigree, but has earned a reputation as a special teams player, and that is why he was signed, albeit to a veteran-minimum deal with no signing bonus. The Steelers added Matakevich with a seventh-round draft pick in the 2016 NFL Draft.

While both had had their moments in the preseason’s first two games—Johnson getting more work on special teams, Matakevich receiving more late-game reps on defense and making a couple of notable tackles in the process—there has been much debate over who will get the final spot.

Both linebackers only checked into last night’s game late, with about five minutes left to play. The first drive consisted of Johnson making a tackle after a check-down pass for a four-yard gain, then coming back on the next play to intercept a poorly-thrown pass behind the intended target.

The Steelers turned that into three points. On the Saints’ next drive, Matakevich made a tackle after a third-down conversion, and then two plays later recorded an interception of his own on another bad throw, and a bad decision.

When the coaches look back on the film from that final handful of snaps, what will they make of those interceptions, if anything? At the least, it shows that they can catch, but schematically, neither were significant. Will one or the other be of benefit in their roster battle?