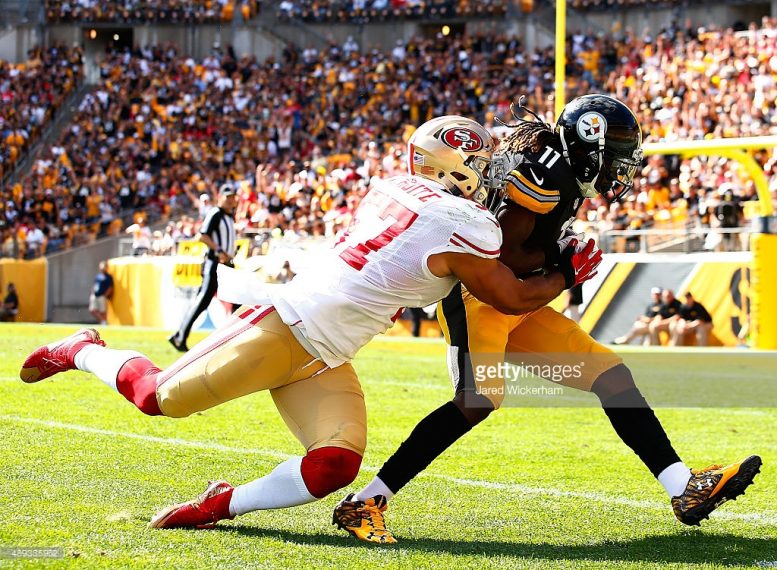 Show me something, Markus Wheaton.

In the meantime, running back Le’Veon Bell is working his way back from a torn MCL that has had him sidelined for the most part since late October, and new tight end toy Ladarius Green is yet to practice for the Steelers after undergoing offseason ankle surgery.

To me, that all boils down to the fact a lot will be asked of Wheaton this season, and a lot must be delivered, more than has ever been by him in his career prior to now. He has certainly had his moments, to be sure, but what he has always lacked has been consistency of performance, whether it is in-game or over a span of time.

Wheaton’s productivity heavily escalated late last year after the bye week, and he had a breakout game with over 200 receiving yards against the Legion of Boom in Seattle, which hopefully marked the turning point, though all was not roses from there on out.

He has the route-running ability and the speed to be a big-time threat, as his 17 yards per carry attests to last season, and his five touchdowns were a career-best, with the promise of more to come. But this year has to deliver more than promises. The team’s championship hopes may be relying upon it.

Perhaps a full season of consistency for him, in an established role, with an established rhythm with his quarterback, which he has never really had up to this point, it all that he needs to find that consistency in his game that will make the Steelers a lethal offense on a weekly basis.