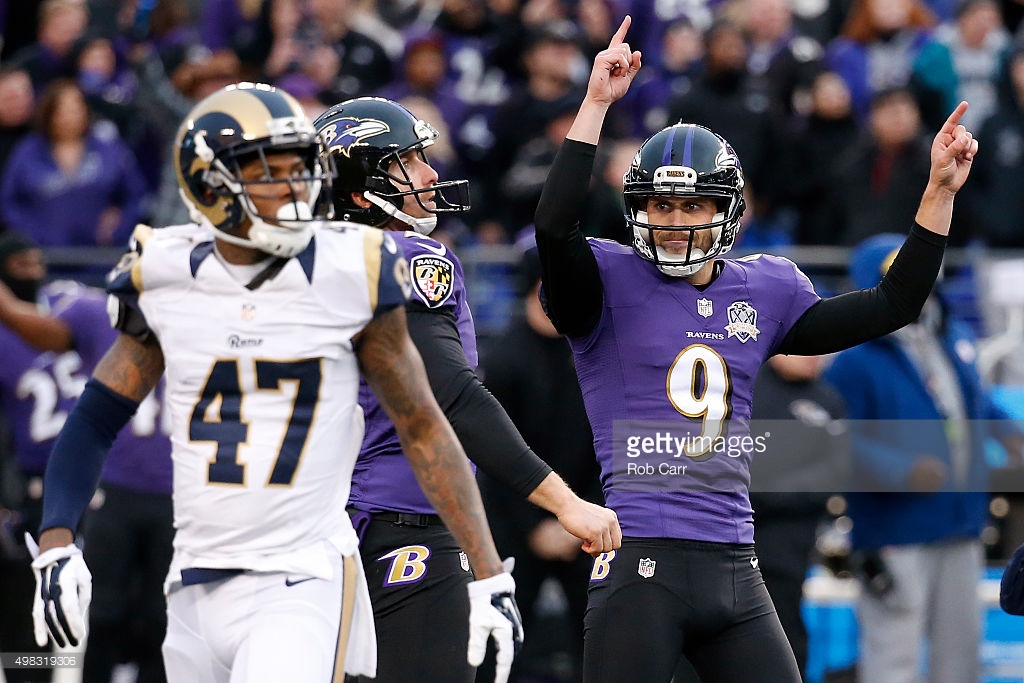 The Baltimore Ravens are fortunate to have one of the brightest young kickers in the game in fifth-year kicker Justin Tucker, which is exactly why they moved to place the franchise tag on him early in the offseason. But we are nearing the start of training camp, and the front office has yet to manage to work out a long-term deal in its stead. Are the Ravens planning to let him kick under the franchise tag?

They have only a short while left remaining to them, as July 15 is the deadline, and by the looks of the calendar, we are nearly there already. Following that date, a tagged player may not work out a long-term contract with the team until the regular season is over, so if it’s not done then, it’s not getting done this year.

Ravens website columnist John Eisenberg wrote last week that he believes it will get done, and Tucker himself recently said that it is a matter of when, rather than if, but there is a growing thought as to whether that when will be 2016 or 2017.

Tucker would obviously like the long-term stability provided by a new contract, but the fact that the franchise tag pays him $4.572 million this year could very well mean that he is not exactly in a rush. He currently has the seventh-largest cap hit on Baltimore’s roster heading into training camp.

And while the Ravens may have entered the offseason in somewhat dire financial cap straits, their situation has been clarified since then where they have more than enough cap space this season to not feel the need to create what little space might be had by extending Tucker.

They even have enough cap space to make a move or two if they wanted, Eisenberg noted, floating out the idea that they could pursue a starting-caliber inside linebacker to replace Daryl Smith, as they only have three somewhat fledgling candidates currently competing to assume that role in the starting defense.

He also suggests that past contracts may be looming over their heads as they contemplate entering a long-term and high-dollar commitment to Tucker. The last kicker that they signed to a long-term deal, Billy Cundiff, quickly turned into a disaster after being a Pro Bowl-level performer, and cost them a playoff game.

Other recent contracts, such as that of Eugene Monroe, haven’t entirely worked out in their favor either, so Eisenberg suggests that the front office might be a bit gun shy about getting a deal done now when they have the security of the franchise tag also in place.

In truth, Tucker’s performance has dipped a bit. He posted field goal percentages over 90 in his first two seasons, but it dipped to 85.3 in 2014, and to 82.5 a year ago. In fairness, however, 10 of his 11 misses over the course of the past two seasons have come from 50 yards or beyond, his other lone miss from 40-49 yards.