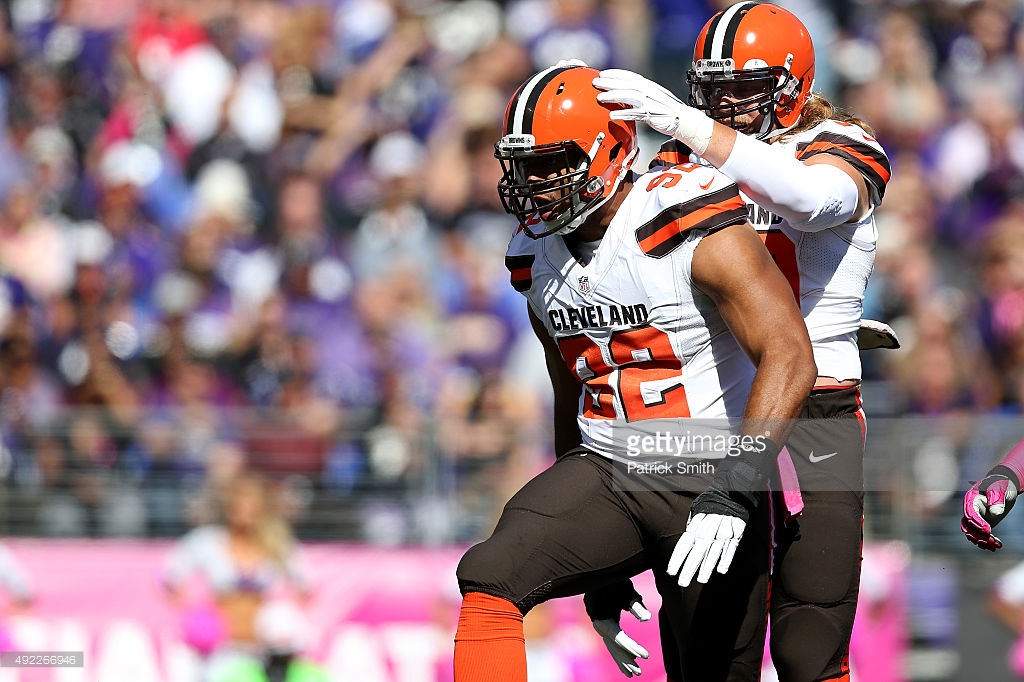 The Cleveland Browns certainly have not done themselves many favors in terms of earning a reputation of being helmed by shrewd business and football minds, and in spite of any number of regime changes they may have seen, they continue to find themselves weighed down by the poor personnel moves made by their predecessors.

One of those moves was to give former Raiders defensive end Desmond Bryant a five-year, $34 million contract that averaged out to just under $7 million per season in 2013. His previous play in Oakland had not justified it, nor has his play with the Browns made any good sense of the value.

A quick glance at his numbers might provide a deception, as he sack numbers are solid for a 3-4 defensive end who plays a less commanding number of snaps than a player earning his level of salary might be expected to. His six sacks last season were a career-high, but he also recorded five sacks twice, including in the 2014 season, and he has recorded 23.5 sacks in the past five seasons since he has begun logging starts.

Which his sack totals might be commendable, however, his game lacks little else, and he has in particular been a liability against the run. It is no surprise that the Browns have leaned toward the bottom of the league in terms of run defense, both in total yards allowed and yards per carry, over the course of the past few seasons.

Not that they have had a great deal of alternative options, but the amount that Bryant has earned—he is set to count $7.5 million against the cap on average over the life of the final two years of his contract—does not justify the level of play that they have received from him, and is representative of the sort of underperforming products that they have gained in free agency.

Similar accusations can be laid at the feet of other free agent signings such as outside linebacker Paul Kruger and cornerback Tramon Williams, to say nothing of safety Donte Whitner or, dare I say it, wide receiver Dwayne Bowe. Even Brian Hartline achieved below what he should have been able to achieve.

While Bryant could serve as a suitable situational pass-rushing defensive end, the new regime is clearly hoping to find consistent producers in some of their young players, particularly Carl Nassib, the one that they just drafted, but hope is still being held for the development of Xavier Cooper in his second season. it may be, however, too soon to ask so much of them that would allow them to shield against Bryant’s limitations.

Bryant, in fact, is being looked toward as a leader of a young group of defensive lineman that has been largely remade in the past couple of years. But all of that will amount to very little if the Browns continue to remain a porous run defense. At the very least, in the Browns’ defense, they can afford to bear the contract, but they are not getting out of it what they should, and that has been their story in free agency all too often.