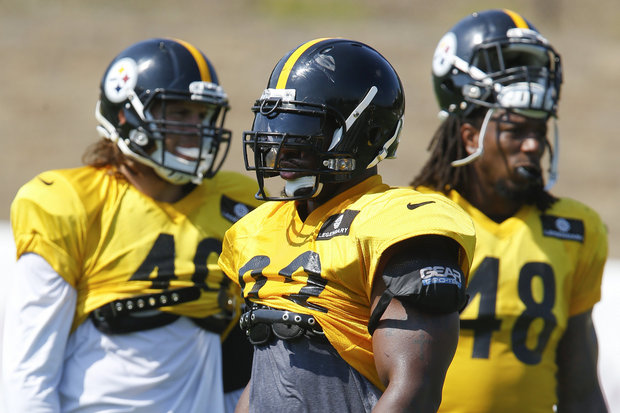 Even though he’s already 38 years of age and entering the final year of his current contract, Pittsburgh Steelers veteran outside linebacker James Harrison isn’t quite ready to say that 2016 will definitely be his final season in the league.

On Tuesday, Harrison told the media that he “feels as good now” as he did back during the 2008 season when he was named the league’s Defensive Player of the Year and that he’s not ready to say that 2016 will be his final season, according to Ed Bouchette of the Pittsburgh Post-Gazette.

Steelers LB James Harrison, 38, says he feels as good now as when he won NFL DPOY in '08. Won't call this his final year.

While Harrison was able to play the most snaps of all of the outside linebackers on the Steelers roster last season, he still only played 55% of all regular-season defensive snaps and that included him missing one game due to a minor injury. This season, Harrison is expected to platoon again with fourth-year outside linebacker Jarvis Jones on the right side of the team’s defense and judging by comments that he made Tuesday, he is expecting his understudy to be the team’s starter.

“That’s what he is,” Harrison said, according to Chris Bradford of the Beaver County Times.

Harrison on if this is his last season: "I'm not ready to say anything." On if Jarvis Jones is the starter: "That's what he is." #Steelers

While it’s yet to be seen whether or not Harrison will ultimately play past 2016, Steelers quarterback Ben Roethlisberger doesn’t doubt that his teammate can do it.

“He’s the ageless wonder. I don’t know if he’ll ever be done. He might outlast us all,” Roethlisberger said Tuesday, according to Chris Mueller.

Roethlisberger on James Harrison. "He's the ageless wonder. I don't know if he'll ever be done. He might outlast us all." #Steelers

Harrison’s response isn’t a bit surprising as he’s only focused right now on playing this season and winning another Super Bowl ring. Part of that focus will undoubtedly include him registering at least 3 sacks this season as that would then make him the new all-time franchise leader in that statistical category.

“I’m coming back because I want to win another Super Bowl,” Harrison said, according to Jacob Klinger of Penn Live.

"I'm coming back because I want to win another Super Bowl." –#Steelers LB James Harrison @pasports