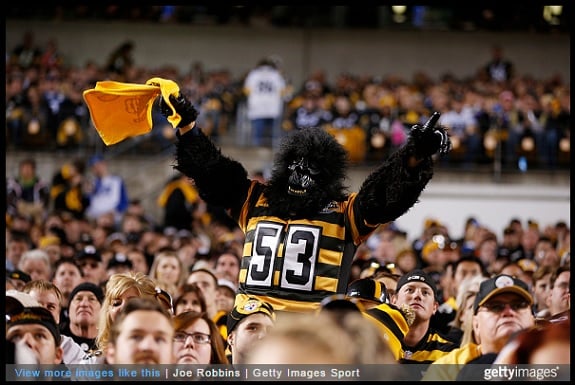 It’s long been established that the Pittsburgh Steelers would be wearing their 1934 throwback uniforms once again during the 2016 regular season and as of Wednesday we now know which game it is that they will be donning them.

This season the Steelers will wear their 1934 bumble-bee uniforms for the team’s October 9 game against the New York Jets at Heinz Field. It will mark the fifth straight season Pittsburgh will wear these particular throwback uniforms.

Both of the loses the Steelers have suffered while wearing their 1934 throwbacks have come against AFC North teams as they also lost that game to the Ravens in 2012.

"It represents the past and great history of the Steelers organization. We wear it with pride."https://t.co/Korr9S8PA8