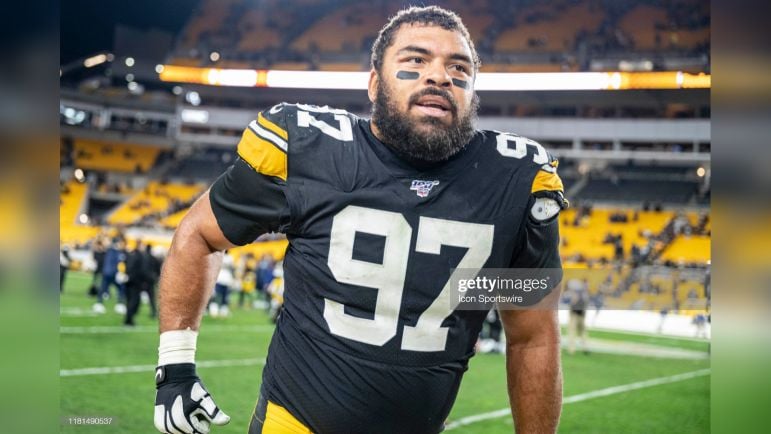 During their Saturday night Christmas Eve matchup against the Las Vegas Raiders that will also commemorate the 50th anniversary of the Immaculate Reception, the Pittsburgh Steelers will wear throwback uniforms that feature block letters and numbers.

The uniforms will pay homage to the 1972 Steelers team and all their teams throughout the 1970s. The Steelers have worn these jerseys twice before, but this year they will include a special patch that honors the 50th anniversary of the Immaculate Reception, Franco Harris’ shoestring catch that led the Steelers past the Raiders in the playoffs on December 23 in 1972.

Per the team’s website, Pittsburgh is 2-0 when they’ve worn the jerseys prior, defeating the Cleveland Browns 33-18 at home in Week 8 in 2018, a game that saw Ben Roethlisberger throw for 257 yards and two touchdowns. The team also wore the uniforms against the Los Angeles Rams in 2019 in a nod to Super Bowl XIV. Pittsburgh won that game, 17-12 with Mason Rudolph at quarterback. Minkah Fitzpatrick had a fumble return touchdown in the victory.

The Raiders will enter Saturday with a pretty improbable win of their own, after edge rusher Chandler Jones took back a lateral from Patriots wide receiver Jakobi Meyers for a touchdown with no time left. Both Pittsburgh and Las Vegas enter Saturday’s matchup at 6-8.

Just as the Steelers did in 1972 and just as they’ve done both previous times wearing these particular throwbacks, let’s hope Pittsburgh can pull one out in front of an Acrisure Stadium crowd on what is sure to be a special night.