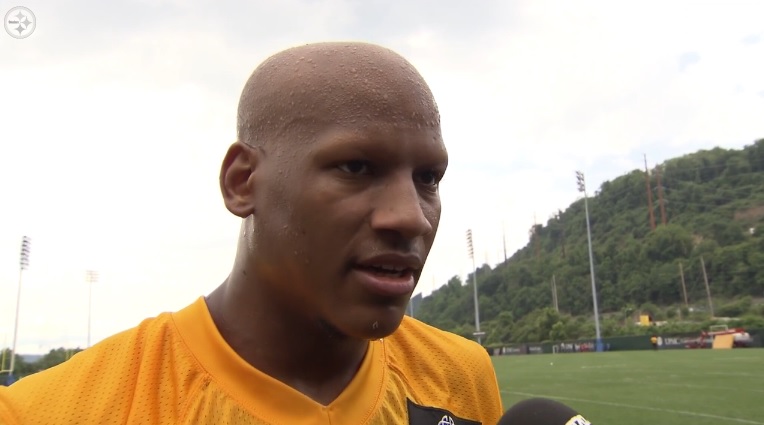 Ryan Shazier is never going to look like Levon Kirkland but he’s spending the offseason adding a little extra muscle.

“I definitely working on [adding muscle],” he told reporters following today’s practice. “I was rehabbing a lot throughout the offseason. Just trying to get a lot stronger.”

Shazier dealt with another set of injuries, ranging from a semi-mysterious shoulder injury, a concussion, and knee injuries, causing him to miss most of the first half of the season and practice time during the latter half. He’s still looking for his first season of full health.

It’s clearly a source of frustration for him, it would be to everyone, but he’s looking to put those negative thoughts behind him.

“It was a little frustrating. But I don’t like worrying about it. I just worry about the future.”

He worked out with Stephon Tuitt, Mike Mitchell, and presumably James Harrison in Scottsdale, Arizona during the offseason. It’s hard to imagine a better group of players to work out with, all three having reputations for fantastic work ethics and high pain tolerances.

The now third year linebacker has stated he needs to stick to his workout routine better during the season.

“Once I start something, I have to stay with something,” he told Missi Matthews back in February. A lot of times, I would do the workouts, but I wouldn’t do the same workouts as before. I was going hard but I was focusing more on football and less on working out as much. It’s a balance. You need to workout as much as you focus on football so you can maintain your body.”

Strength has been an issue for Shazier defending the run and though he made an improvement in taking on blocks last season, he still struggled to hold the point of attack. He may never be great in that setting but can certainly get better.

It’s all in an effort to get his team to the Super Bowl, eschewing his personal goals for team ones first.

“My one goal is to try and get us to a Super Bowl and win it.”

Shazier will start next to Lawrence Timmons this year as the Mack linebacker and will be responsible for leading that group, helping to make calls and communicate with both levels of the defense.