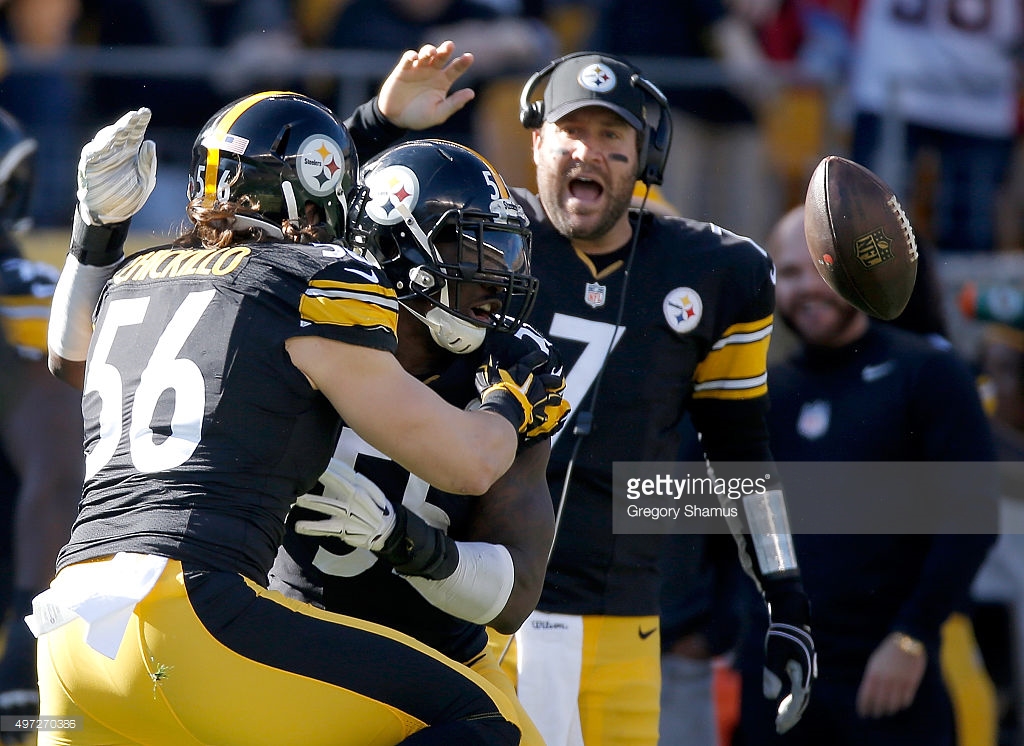 Question: Will the Steelers overload at linebacker this season?

In spite of the fact that the Steelers lost two linebackers in free agency—two linebackers who were significant contributors on special teams, no less, which generally lends itself to a situation of abundance—there is a very real possibility that Pittsburgh still overloads at the position, with upwards of 11 linebackers on the opening-day roster in play.

It is very possible, indeed; after all, they finished the 2015 season with 11 linebackers on the roster, and they have retained nine of them. They also return one from injured reserve, signed another in free agency, and just spent two draft picks on another pair of linebackers. That gives them 13 linebackers who should at least be in the competition for a roster spot.

There is also strong incentive this year to have an abundance of players at the position, considering the extent to which the Steelers lack long-term depth, both at inside linebacker and outside linebacker. Of their top seven linebackers, four are in the final years of their contracts, while two are at least potentially drawing toward the ends of their career.

Outside, you have James Harrison entering his age-38 season, virtually guaranteed to be his last, while Jarvis Jones is entering the last year of his rookie contract. Lawrence Timmons inside is currently on the last year of his deal, about to turn 30, and the state of his future in the starting lineup is in question. The primary reserve, Vince Williams, is in the final year of his contract as well.

Also on a one-year deal is free agent signing Steven Johnson. L.J. Fort and Anthony Chickillo both signed two-year deals after being promoted from the practice squad last year, but both would only be exclusive rights free agents in 2017.

Of the players who don’t figure to be locks, many have already or can potentially show a special teams pedigree. Johnson was signed for that reason, as was Fort, and Chickillo learned the role last year. Draft picks Travis Feeney and Tyler Matavekich both have either the background or disposition to excel there.

With the amount of special-teams-related losses that they experienced in free agency, it makes all the more sense that they would learn more heavily toward filling the roster gaps with players who can fill the void in that area. These linebackers are the prime suspects to that end, and they’ve already shown capable of carrying heavy numbers there.