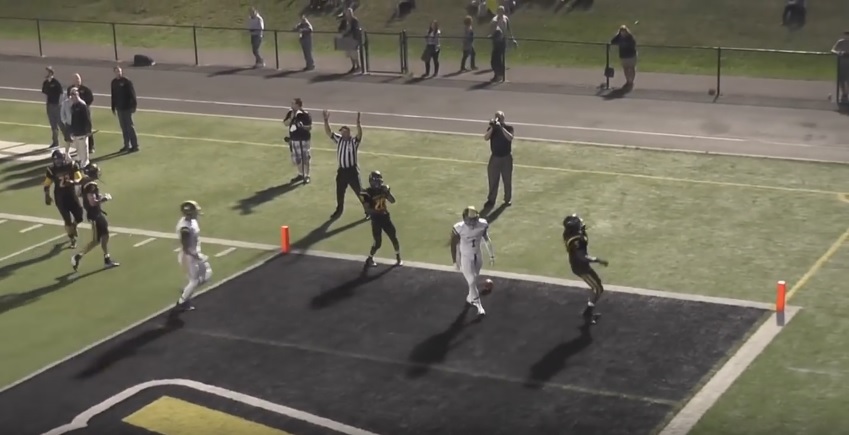 Northern Michigan wide receiver Marcus Tucker was one of four tryout players to sign a contract with the Pittsburgh Steelers following the team’s three day rookie minicamp. Usually, a front office member pulls the player aside, notifying them the team is going to sign them to a contract.

But Tucker’s announcement was a little bit different.

His mother Cynthia, as told to MLive, is a big fan of Mike Tomlin. With the rookie minicamp coinciding alongside Mother’s Day, Mrs. Tucker had one wish: to get a Mother Day’s shoutout from Coach T.

So here goes a nervous rookie receiver, walking to the head coach of the Pittsburgh Steelers, to ask him to talk to his mom. As Tucker tells it, at this point, he still had no idea if he was making the team or not. Tryout players, obviously, are longshots, and have to not only play well in a limited amount of time, must play well enough to bump someone else off the roster.

Tomlin agreed to pick up the phone. And had the following conversation, per Tucker.

“‘Hey this is Mike Tomlin the head coach of the Steelers,’ then instantly my mom started crying and saying, ‘Oh, my God!’ And then he said, ‘I just wanted to tell you Happy Mother’s Day and I also wanted to tell you that you’ve raised a fine young man and we want to give him a chance to make this football team, so we’re going to sign him to our 90-man roster.'”

In that moment, mother and son finding out for the first time Tucker was about to sign his first NFL contract.

Hard to think of a cooler scenario than that.

“I was trying to make my mom’s day on Mother’s Day and ended up getting my day made, too,” Tucker said.

The now on-the-roster Tucker may have a slight frame at 5’10, 192 pounds, but put up big numbers at Northern Michigan. He caught 79 passes for over 800 yards and nine touchdowns while averaging 25.1 yards per kick return. Though the Steelers’ wide receiver group is crowded, he’s one of the few players from his school to hopefully enter an NFL training camp and make his name known.