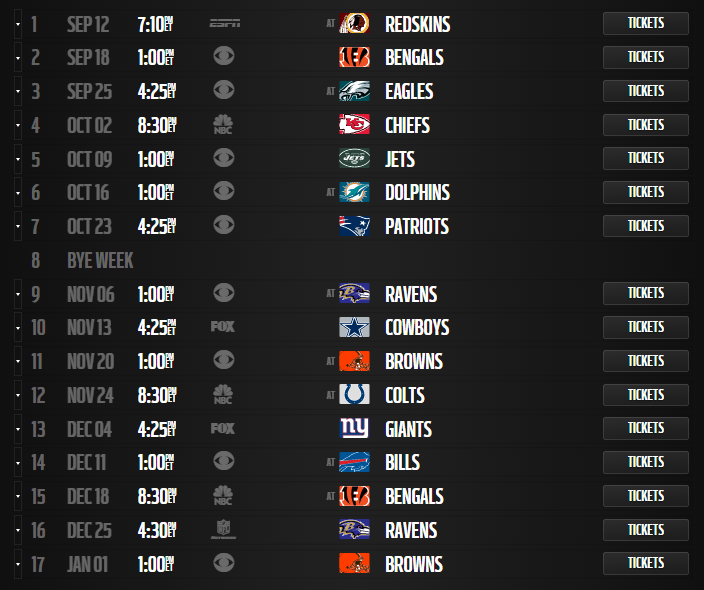 I’ll update with the most interesting takeaways though of course, you can just skim through for yourself.

As reported earlier today, the Steelers will open up with the early Monday Night Football game at Washington. It’s the team’s first Monday night game since 2002 and the second since 1993.

On a short week, Pittsburgh hosts their home opener, a rematch against the Cincinnati Bengals. The Bengals will not have Vontaze Burfict, serving his suspension from his antics in the Wild Card loss to Pittsburgh last year.

Their second prime time game comes in Week Four, hosting the Kansas City Chiefs. Pittsburgh travels to Baltimore after the bye. They’ll get another Sunday night matchup traveling to Indianapolis in Week 12.

The strength of teams will certainly be debated, but the short weeks really kill the Steelers in 2016. They go into Week 2 against the Bengals on a short week, without even getting the benefit of having a “long week” since their Monday nighter is the first week of the year. Pittsburgh plays on Thanksgiving after coming off a Sunday matchup versus the Cleveland Browns, a four day turnaround.