For a lot of fans, seeing games slated for Thanksgiving, Christmas Day, and New Year’s Day, is a treat. But for players, it’s probably a lot less fun to see. Double that disappointment for James Harrison, who hinted at retirement sounding like a better idea after seeing so many holiday games. 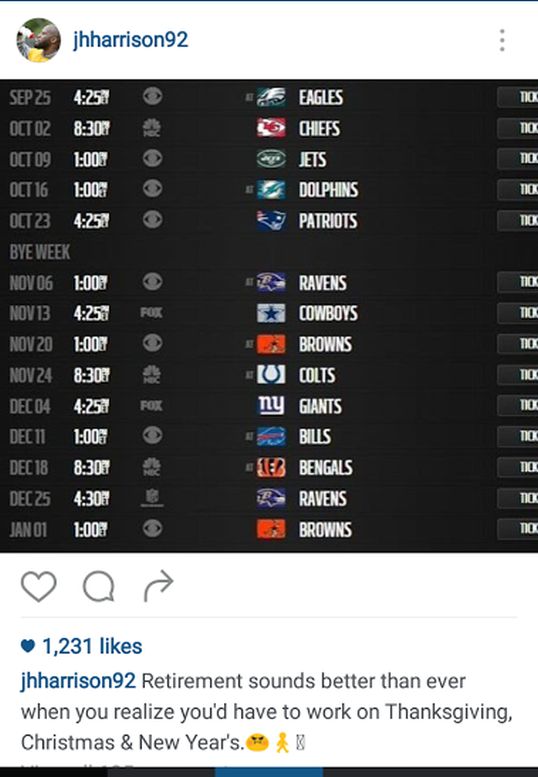 Harrison’s two sons have been major influences in his decision. In March, he told ESPN that had both his sons wanted him to retire, he would’ve done so without hesitation. But only one son did, the other wanted him to play, so he decided to start training again, with the goal of seeing his sons more often during the season.

The only upside to these games being on the holidays is that two of the three games are at home. But I don’t know if that gives Harrison any more comfort. He has already stated he will make a decision if he will return for one final run by April 24th.