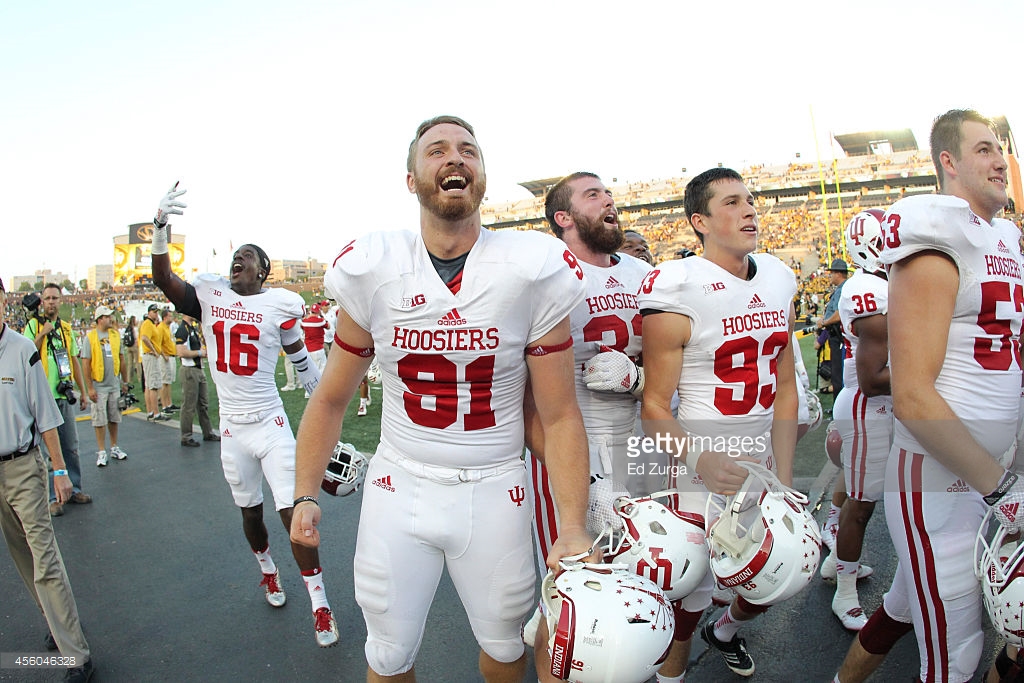 But type in “Matt Dooley” into Google and a different athlete appears. It’s Matt Dooley of the Notre Dame men’s tennis team. The now Pittsburgh Steeler Dooley comes up as the third result. Oh the life of a long snapper.

But don’t knock the position. Or the experience. Dooley, signed after a year at Paradise Valley Community College, started all four years with the Hoosiers and was voted the team’s special teams player of the year in 2014.

It’s a position that apparently runs in the family. His brother, Nick, is a long snapper for UTEP, and is draft eligible this season, standing in at a hulking 6’8 300 pounds.

He ran poorly at his Pro Day, earning disappointing remarks from Gil Brandt.

“Dooley would be a draft choice if he ran a little faster. He can really snap the ball with velocity and accuracy, but can’t run on coverage teams.”

If you’re really into it, here’s a look at his highlight reel, posted to his own Youtube channel.

Also on his channel are his own covers of Jeremy Camp and the band Needtobreathe. So if you check both parts of that Venn Diagram, congrats, you’ve struck oil.

He predictably went undrafted, the only long snapper selected was Joe Cardona, but invited to, of all places, Pittsburgh for rookie minicamp. He wasn’t signed and I can’t find any information of him latching on elsewhere, a position where numbers of scarce and so are the opportunities.

In their latest wave of roster moves, Dooley was signed back, working as Greg Warren’s understudy. Warren was signed to a one-year deal, obviously showing the team’s interest in having him back, and you’d think there is little chance anyone beats him out until Warren decides to hang up his cleats. I, for one, look forward to the Greg Warren thinkpieces.

But Dooley does have experience and was about as highly touted of an actual long snapper as it gets, and he should impress in that regard, even if it isn’t enough to win the job.