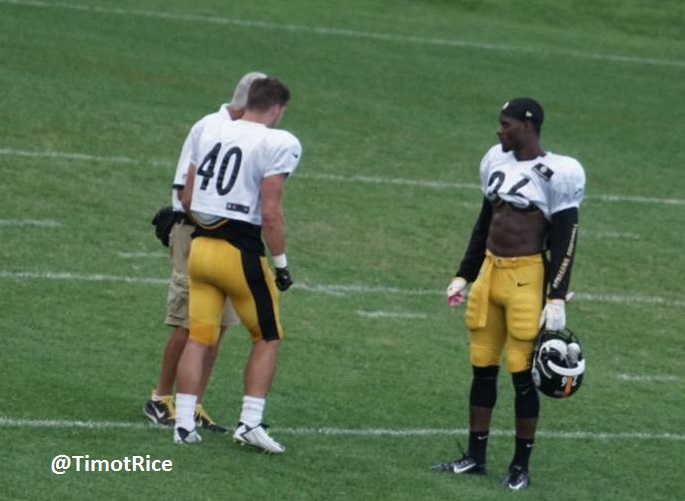 It was unfortunate that rookie running back Ross Scheuerman did not get a better opportunity with the Steelers during the preseason, because he seemed to be perhaps the best opportunity that the team had at that time to find a backup running back for the season opener.

At the time, of course, the team was aware of the pending suspension for running back Le’Veon Bell, but they did not address the tertiary running back spot in a major way, only signing one backup running back in free agency and drafting none.

But they did sign Scheuerman after the draft as an undrafted free agent, and he generated a lot of talk even before he got on the field because of his versatility. The Steelers seemed to like him, but football is still first and foremost a business.

The 6’, 204-pound back suffered an injury a couple of weeks into training camp, and as a result was waived injured, but at the time of the injury, he was very much in the discussion to at least make the initial 53-man roster for the first two weeks, along with Josh Harris and Cameron Stingily.

As it would turn out, of course, all three of those running backs ended up getting injured at some point, and the Steelers were forced to find bodies at the running back position after the final cuts, but Scheuerman was unfortunate enough to not even make it far enough to reach the preseason.

The young back was also a potential option as a kick returner, but, of course, he never got the opportunity to show off his abilities in that arena. He figured to at least make the practice squad had he stayed healthy.

He was healthy enough to sign on to the Packers’ practice squad in December. As it currently stands, the Eagles have signed him to a Reserve/Future contract.