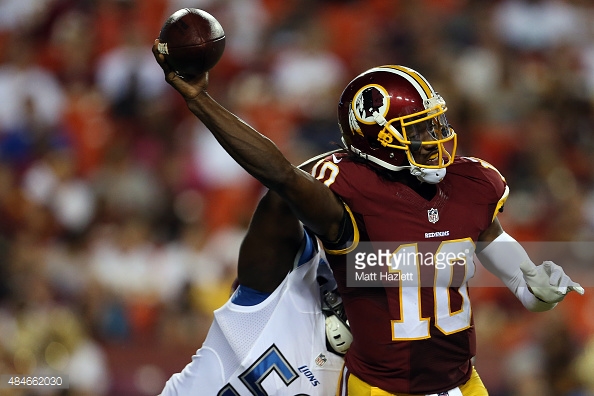 It’s been a quiet free agency for the Cleveland Browns. Their most notable, uh, accomplishments, have included losing four key starters and several backups.

But they’ve jumped back into the headlines with news there is substantial interest in signing Robert Griffin III. Jay Glazer, among several others over the last few days, feel a signing is likely.

The Browns are looking for a quarterback of the future after finally parting ways with Johnny Manziel. Josh McCown is still on the roster, and opened up as the team’s starter last year, but will be 37 by the start of training camp and obviously not in the long-term mix.

Injuries, poor play, and coaching staff conflict all contributed to Griffin’s downfall. He didn’t appear in a game last season, sitting behind Kirk Cousins and Colt McCoy, and went 2-5 as a starter in 2014. Though it’s largely an unknown of what type of Griffin will wind up being – the tantalizing prospect seen in his rookie year or the ineffective one the following two – being paired with Hue Jackson will be a positive for Griffin.

Perhaps he’ll start Week One, but with the team likely to take a quarterback with the second overall pick, there will be plenty of competition.