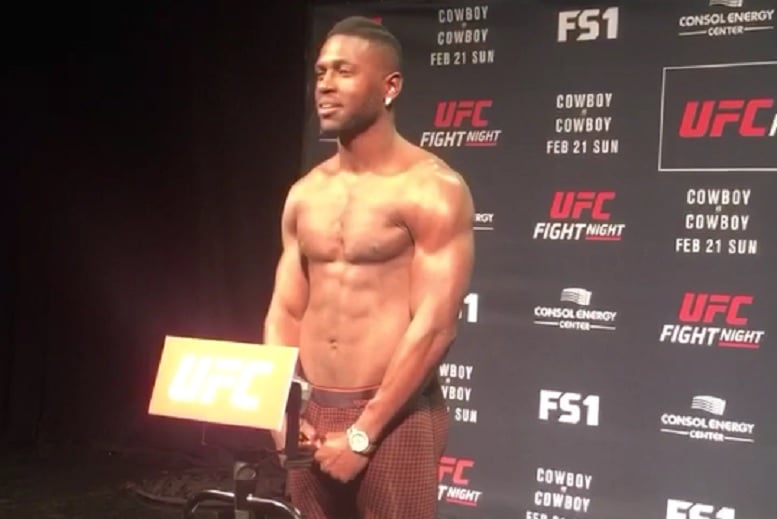 It’s hard to believe that it has been right at six years since Pittsburgh Steelers wide receiver Antonio Brown took part in the NFL scouting combine. While he was there in Indianapolis for the annual Underwear Olympics, the Central Michigan product measured in at 5101, 186-pounds. While Brown probably hasn’t added much, if any, length over the course of the last six years, he’s definitely put on some weight.

Friday night, the UFC held their weigh-ins for their Fight Night 83 MMA event that will take place Sunday night in Pittsburgh and Brown decided at some point that he would disrobe and hop on the scales for those ion attendance. According to the video below that the UFC posted on their Twitter feed, Brown weighed-in at 198 pounds.

If you didn’t know any better, Brown looks like he’s ready to take part in an MMA fight as he certainly is chiseled. This past season, Brown had a quick on-the-field sparring session with Cincinnati Bengals cornerback Dre Kirkpatrick, who just so happened to weigh-in at 186 pounds during the 2012 scouting combine. That short battle, however, ended in a draw with both players receiving matching unnecessary roughness penalties for their efforts.

Brown, by the way, is currently listed at 181-pounds on the Steelers official website.