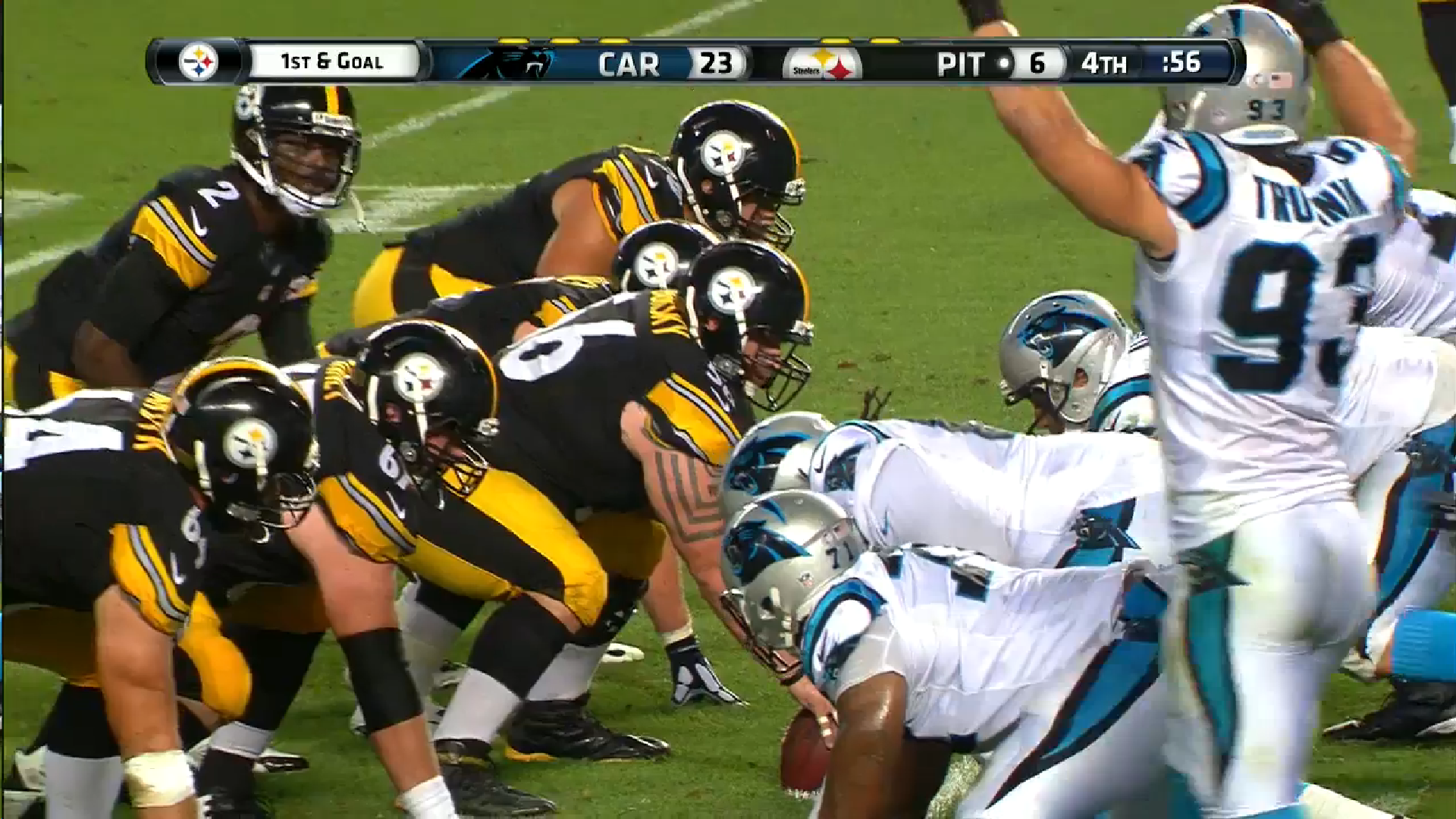 2015 Season Breakdown: Doug Legursky originally joined the Steelers as an undrafted free agent signing following the 2008 NFL Draft. He spent time as a rookie on the team’s practice squad before making the 53-man roster as a depth player the following year, where he was sparsely used—and even was incorporated into a goal line ‘Bronco’ package as a fullback.

Legursky gradually became an integral member of the Steelers’ offensive line formula over the course of the next three seasons, starting 17 of 42 games active, but he also grappled with injury fairly often. He started 10 of 10 games in 2011, missing six games due to injury, for example.

In 2012, after the Steelers had made changes to the offensive line by investing in the guard position, Legursky’s role was reduced to backup once again, though he made three starts, even at center with a healthy Maurkice Pouncey, who started at guard, such as the team’s consideration of his liability on the field at guard. He was clearly a better center.

He was not retained following the 2012 season, but instead signed with the Bills, where he had the most prolific season of his career, starting a career-high 11 of 12 games played, but that was his lone season in Buffalo. He had a brief stint in San Diego in 2014 that ended with a season-ending knee injury.

Legursky spent the 2015 season on the open market, and thus was available after finally getting himself healthy when the Steelers needed to call on somebody following Pouncey’s season-ending injury in the preseason. Mind you, he was brought in not to start, but as depth.

In spite of the fact that he was active for 11 games during the regular season, he never played a meaningful role, thanks in part to the fact that the interior line collectively missed just a few snaps during the season. His two preseason snaps were taken in the victory formation.

In the playoffs, the Steelers decided for some reason to resurrect the ‘Bronco’ package, so named specifically for Legursky as a play on his name and that of a certain former Hall of Fame player of the past. With first and goal from the one-yard line, he came out of the backfield as a blocker as the Steelers scored, though his block was not integral to the play.

Free Agency Outlook: Considering the fact that Legursky was signed only due to injury, it would not be immediately obvious that the Steelers intend to re-sign him to compete for a roster spot for the 2016 season. That could change, however, if they lose Ramon Foster in free agency.

For depth, the Steelers already have Cody Wallace, who started every game last season at center in place of Pouncey, as well as Chris Hubbard, who is being coached up to be a super-sub at all five positions, as well as serving as a tackle-eligible tight end. Those are the two most likely candidates to serve inside in 2016, and B.J. Finney will state his case after being a priority free agent in 2015 and spending most of the year on the practice squad.