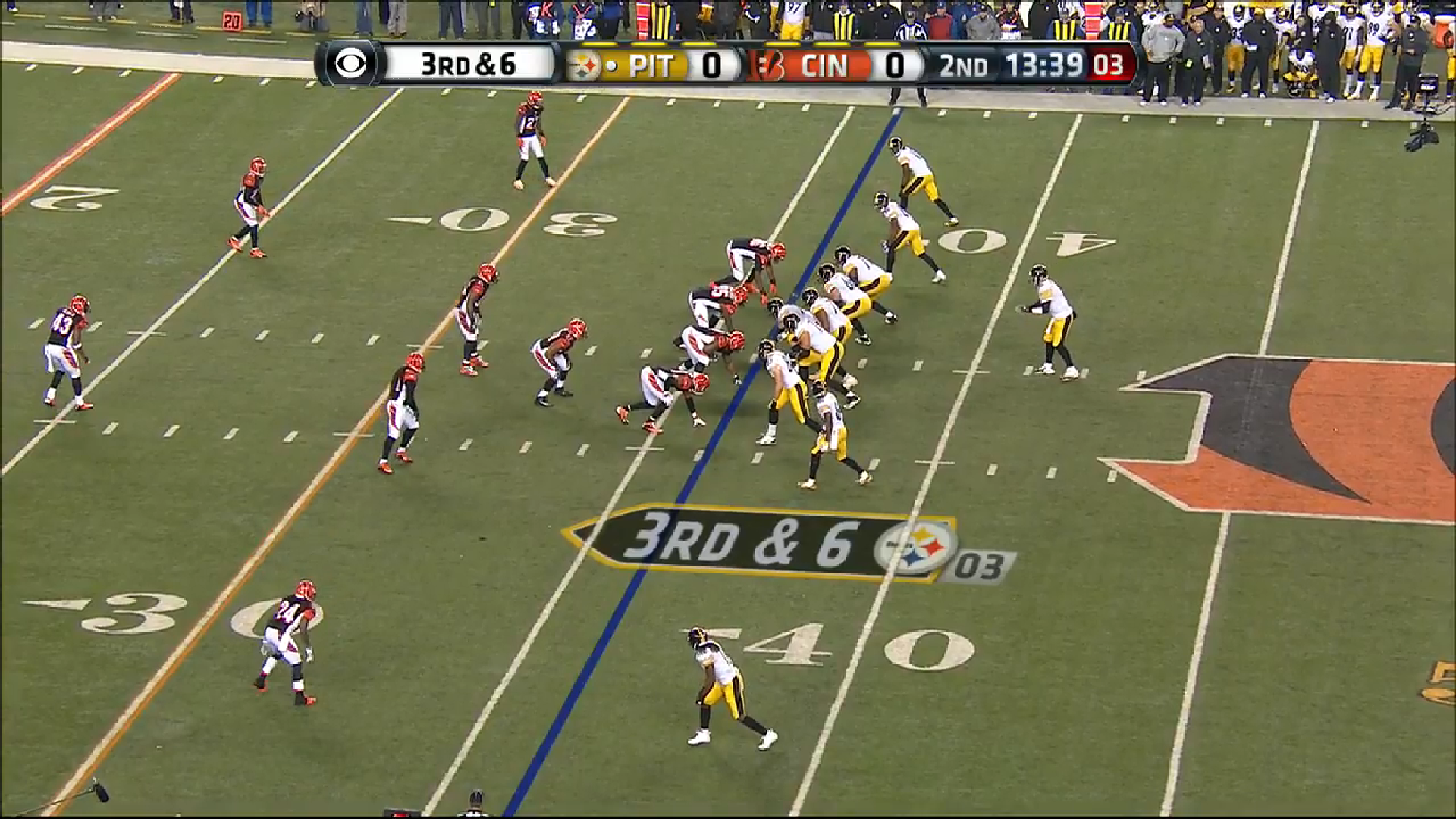 Continuing a periodical look at the Pittsburgh Steelers’ personnel tendencies, today we will be looking at how the team utilized four-wide receiver sets during the 2015 regular season and postseason. It makes more sense to combine the two because the sample size is so small, but recent discussions in the wake of Heath Miller’s retirement have brought the notion back to the surface.

We have already taken a look at the Steelers’ offensive ‘base’, the 11 personnel with three wide receivers. We’ve also looked at the offense with and without a fullback with the variety of 2X personnel sets. Following today’s look at 10 and 01 personnel sets, the only thing left to cover is the team’s multiple-tight end packages from last year.

As mentioned, of course, the sample size for four-wide receiver sets in 2015 is very small and highly selective, whether that comes in the form of no running back (the 10 personnel) or no tight end (the 01 personnel).

By our charts, in fact, the Steelers ran just 24 plays out of four-wide receiver sets, and 10 of them (all 01 personnel) came in the teams’ two postseason games, after they lost starting running back DeAngelo Williams due to injury, so that should paint a picture as to just how infrequently these looks have actually come up in the offense under normal circumstances.

Of the aforementioned 24 plays, only six of those plays were from the 10 personnel, a set that contains no tight ends, and it is notable that two of those snaps, at least, came with Miller injured, one in the Week 12 game after his injury and another in Week 13, the one game of the season that he missed. Another came in the game that Matt Spaeth missed.

In spite of the fact that they had a running back on the field, all six of those plays were attempted passing plays, with half of those occasions involving the back flanking out as a wide receiver. This resulted in five completed passes on five attempts for 68 yards, an average of 13.6 yards per pass attempt on a very small sample size, of course, but also produced a sack for minus-11 yards, on which Ben Roethlisberger was injured against Oakland.

Of the 18 plays out of the 01, one was a failed two-point conversion and is appropriately catalogued in isolation as not a true statistical play. It should go without saying, however, that these plays with not running backs were all attempted passes.

Of these 17 attempted pass plays, three resulted in sacks, though all were on third down. One was on third and goal, and another on third and 18. The third came on third and six at the opponents’ 36. The latter two were in the postseason.

On these 14 passes, then, the Steelers completed 10 of them for 129 yards, averaging 9.2 yards per pass attempt. But, again, with a small sample size, outliers can skew the norm, and in this case, there were passes of 31 and 58 yards.

Surprisingly, only 12 of these plays, or just over half of 23 non-two-point conversion attempts, came on third down. The Steelers converted four of them, but it should be noted that six of them came with at least 10 or more yards to go. The two long gains came with one and five yards to go, respectively.