The poor performance by Boise State safety Darian Thompson has us buzzing, but according to Tony Pauline, there is an explanation for it. Pauline writes that Thompson was sick during the Combine and lost seven pounds, says a source.

That latter part is accurate. Thompson weighed in at 215 pounds during the Senior Bowl but came into the Combine at 208. He timed poorly across the board, running a 4.69 40, a 32.5 inch vertical, and a 9’10” in the broad. His web on mockdraftables.com isn’t pretty. 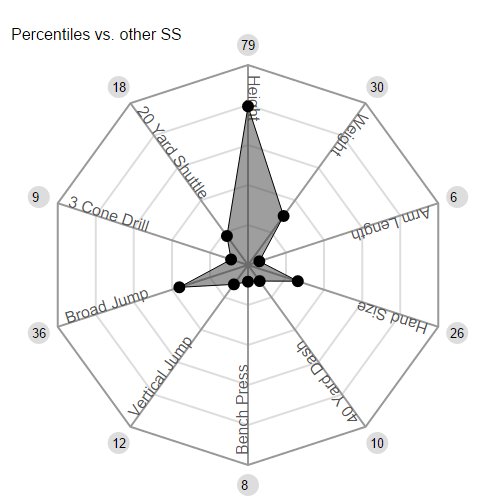 Is this an excuse pushed by an agent? It’s possible but again, there is a clear weight loss here. Either way, it makes his Pro Day very important.

History is not in favor of players with Thompson’s times. Earlier, I posted all combine safeties since 1999 who ran 4.69 or worse. Let’s show the list again. 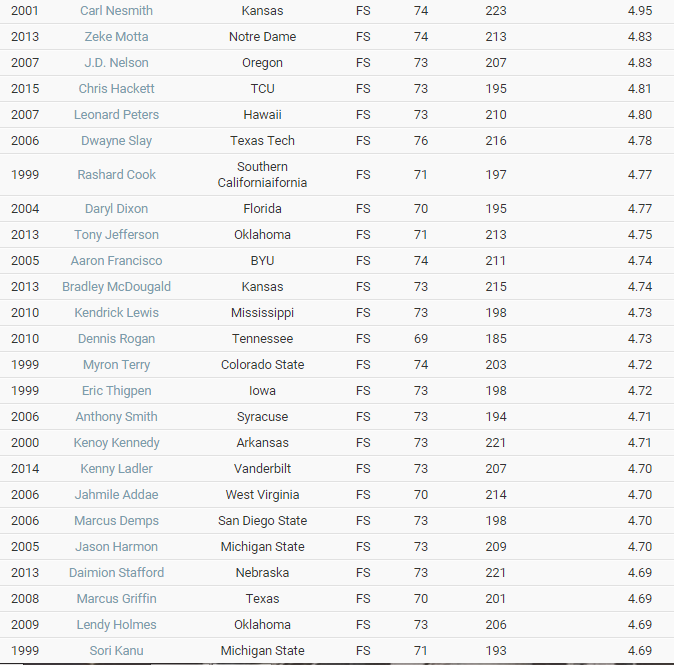 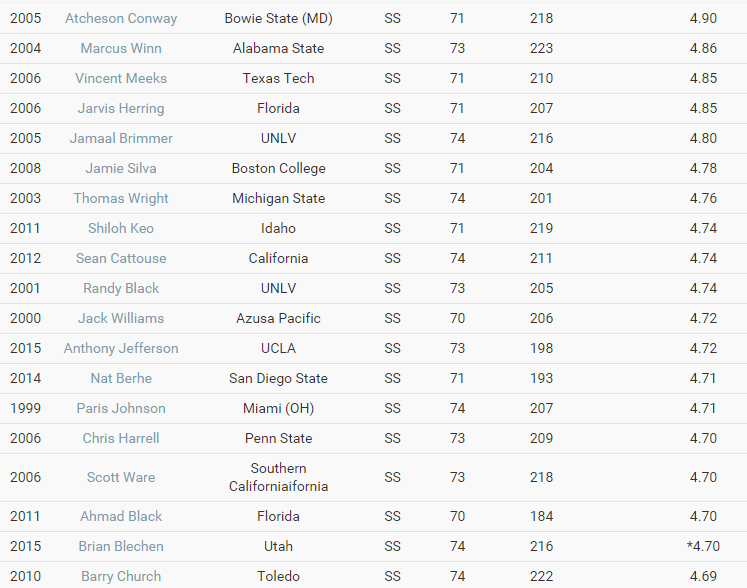 I charted the draft position of those 44 players. Here are the results.

Though Thompson is going to get drafted, those aren’t promising figures. Some of those safeties were successful in college, too. Dwayne Slay forced eight fumbles in 2005 and named the AP’s Big 12 Player of the Year,

He was even rated as a first round pick at one point by Mel Kiper Jr. An excerpt from the Lubbock-Avalanche Journal.

“Toward the end of the regular season, ESPN draft analyst Mel Kiper Jr. moved Slay onto his “Big Board,” – a ranking of the top 25 senior prospects for the NFL draft.”

After poor workouts, running a 4.78 at the Combine and jumping 32.5 inches at 216 pounds, similar numbers to Thompson, he went undrafted and never made a 53 man roster.

There are, as always, exceptions to the rule. The most notable is Kenoy Kennedy, the highest pick of this group, selected by the Denver Broncos in 2000. He ran a a 4.71 and jumped just 33.5 inches but was taken by Denver in the second round. He wound up starting 99 games over an eight year career.

However, it’s dangerous to go hunting for exceptions and ignoring the bigger picture. Thompson figures to be one of the more hotly debated players in Steelers’ Nation until April’s draft.