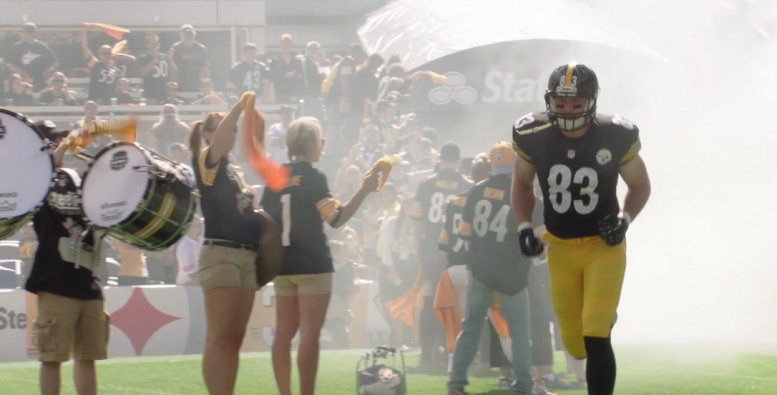 A lot has been said and written about tight end Heath Miller following his retirement announcement on Friday and even so, it probably hasn’t been enough when it comes to the kind of player he was both on and off the field during his 11 years in the league.

On Friday, Pittsburgh Steelers head coach Mike Tomlin was one of several members of the organization who released a lengthy statement about Miller following his retirement and in a recent interview that can be seen steelers.com, he continued to praise the player who he had the opportunity to coach since 2007.

“He’s not been low maintenance, he’s been no maintenance,” said Tomlin of Miller. “He’s always put the Pittsburgh Steelers first in every aspect of his professional life. I don’t know that I can describe that. I don’t know if there has been a guy that I have been around that is like him from an unselfish standpoint. Largely and in every instance, we are all human, we all fall short. I don’t know if I have ever seen a regrettable moment in him. That just speaks to who he is.”

Those comments from Tomlin about Miller are on point for sure. While Miller’s many interviews over the year’s were never as memorable as his play on the field because of his low-key demeanor, it’s important to remember that that’s who he is a person. He was a leader with his actions, not with words. He never pointed fingers after a loss or called for himself to get credit for something he did after a win. In fact, he seemed to be so even-keeled after games that often times it was hard to know for sure whether or not the team had won or lost.

If I asked all of you to name one defining moment in Miller’s career could you do it? I know I can’t and because of that, perhaps Miller’s entire career was his defining moment. If that is indeed true, how great is that? I tend to think of Miller’s career a lot like I do of the career of former Steelers defensive end Aaron Smith. In other words, he always seemed to be great in every aspect.

While the Steelers will now look to fill the tight end position hole now that Miller has retired Tomlin knows that they will never be able to replace him.

“You don’t replace a Heath Miller. You simply do the best you can to move on and understand the attributes of those that follow are theirs and you don’t try to look for them to be something they are not,” said Tomlin.