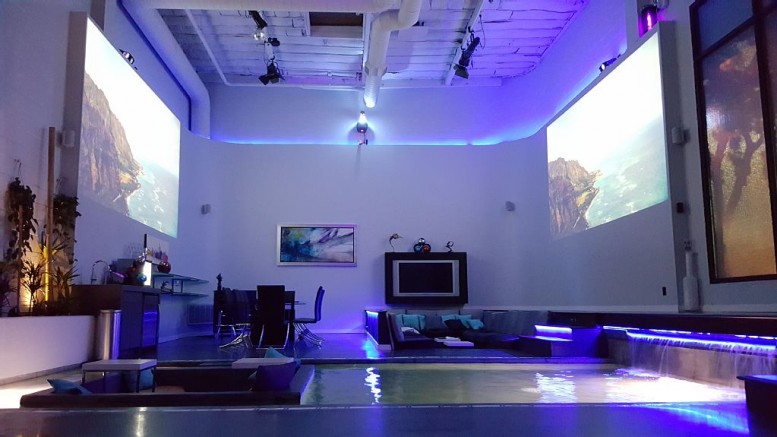 Pittsburgh Steelers wide receiver Antonio Brown certainly is receiving his fair share of press this week while in Santa Clara for Super Bowl 50. In addition to making his rounds with the media this week on radio row, Brown’s accommodations for this week aren’t too shabby at all.

According to TMZ Sports, Brown has rented a 4,000-square-foot suite for the week that has pool in the living room, an indoor hot tub, three huge projection television and a 24-hour butler service. The ultimate bachelor pad apparently cost $4000 a night to rent.

If you would like to learn more about the place Brown is renting, you can read all about it right here.

Business is definitely booming for Brown right now and it will be interesting to see if it will get even better for him during the offseason. Currently, Brown is scheduled to earn $6.25 million in 2016 after earning $8 million in 2015. While it’s unlikely that Brown will receive a contract extension this offseason, he’ll still likely be payed forward some of the money he’s currently owed in 2017 this offseason in order to appease him until a new extension can be worked out after the 2016 season.

According to my records, Brown has been paid $26,540,750 from the Steelers since coming into the league.

#Steelers WR @AntonioBrown84 has arrived in SF for @superbowl50 events in style. pic.twitter.com/Ys849euo7y