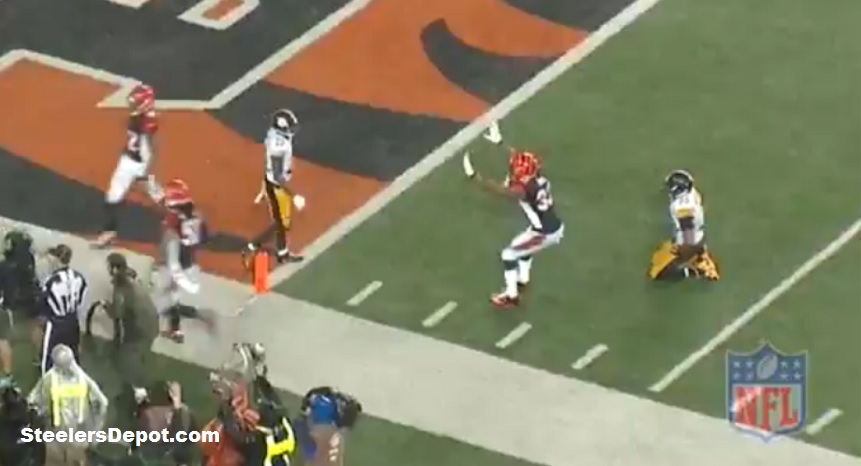 Now that the all-22 tape of the Pittsburgh Steelers win over the Cincinnati Bengals has been released we are starting to discover more shenanigans that took place Saturday night.

Following the late passing touchdown from Bengals quarterback A.J. McCarron to wide receiver A.J. Green, Cincinnati running back Jeremy Hill thought he would taunt Steelers cornerback William Gay by imitating his signature dance. Gay, as you can see in the animated gif below, was not impressed with Hill’s imitation and apparently neither were the Gods of karma.

With 1:36 left in the game, the Bengals had a chance to easily end it following an interception by linebacker Vontaze Burfict but the aforementioned Hill was stripped of the football by Steelers linebacker Ryan Shazier on a first down run from Pittsburgh’s 26-yard-line. The Steelers recovered the fumble and eventually won the game.

Hill now has extra time to work on developing his own celebration dance while watching Gay and the Steelers play Sunday in the AFC Divisional Round game against the Denver Broncos.

So why wasn’t this flagged for unsportsmanlike conduct?