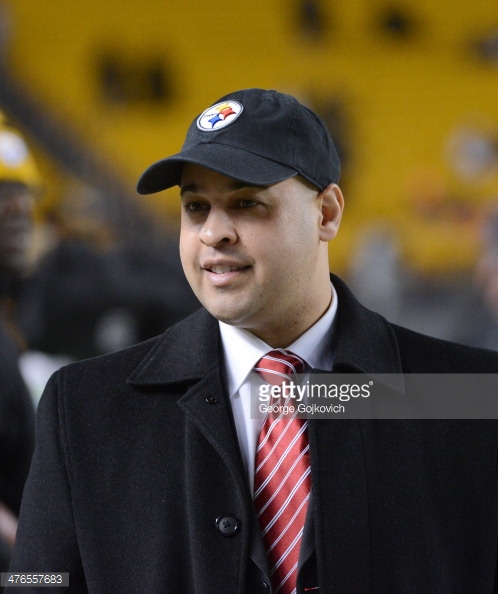 Though he may seem unlikely to become the new general manager of the Miami Dolphins, the shakeup in South Beach should remind Pittsburgh Steelers’ fans that Omar Khan may not be a Steeler for much longer.

Some of you may know exactly who I’m referring to. Others probably know him as “the cap guy.” Khan, officially titled Director Of Football and Business Administration, is the man in charge of the team’s contracts and balancing it under the salary cap.

The Dolphins “parted ways” – read, fired – GM Dennis Hickey last night. Jason La Canfora is reporting the team is likely to look in-house for his replacement, but it’s important to remember the Dolphins interviewed Khan as a candidate two years ago before settling on Hickey.

It wasn’t the only job interview Khan has been in since joining the Steelers. The New York Jets and Seattle Seahawks have also given him looks to be the GM. In the latter, Khan was nearly hired before losing out to John Schneider.

The Steelers promoted Khan back in 2012 and have hired Samir Suleiman as a potential, and perhaps eventual, replacement. Two shrewd moves in an effort to keep or replace Khan. But it serves as a wake-up call that teams can lose more than just positional coaches and coordinators.

Should the Dolphins promote in-house, or at least hire someone other than Khan, the Cleveland Browns and Detroit Lions are two other organizations searching for a new GM. Ray Farmer could be released on Monday, along with a chunk of the Browns’ coaching staff, while the Lions’ canned Martin Mayhew during the season. Sheldon White, the team’s interim GM, could permanently retain that title, however.

Like every year, the Steelers will have a busy offseason and one with an even bigger emphasis on re-signing their own players. William Gay and Ramon Foster are the key players set to hit the open market, and it’ll be interesting to see how the Steelers handle the possibility of re-signing Kelvin Beachum. Lawrence Timmons’ contract is going to have to be extended as well to help get his cap number down from the $15.13 million figure he is set to be owed.