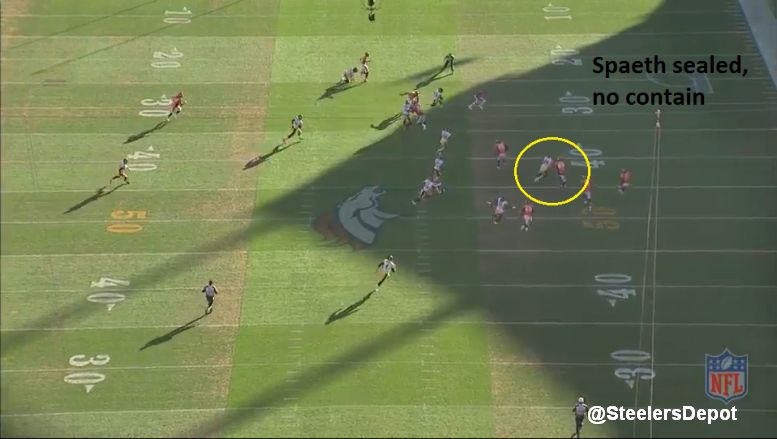 I don’t mean to harp on it, because I know I’ve written about him so much Roosevelt Nix should be getting a royalty check from me by now, but a quick film room session to look at the impact losing him had on the Pittsburgh Steelers’ special teams.

Last week, I wrote how the Steelers’ special teams’ unit could be tested. Not many people pay attention to it, and it’s difficult to do so on the live broadcast, but their depth had taken hit after hit with the injuries they’ve endured. And even though you have to give the unit credit for not crumbling, the deeper the run, the better the competition, the less likely the dam was going to hold up.

It broke on Jordan Berry’s first punt, a 42 yard return by Omar Bolden, and the longest playoff punt return allowed by the Steelers since 2009. There are always a layer of issues but we’ll point to a singular one. The downgrade from Roosevelt Nix to Matt Spaeth and how it impacted the return.

For those that don’t know, Spaeth and Nix have worked as the team’s right wing, the player to the right of upback Robert Golden, on punts. Spaeth started all last season, carrying that into this year, but Nix moved in when Spaeth got hurt in late September. Because Nix did so well, he’s clearly more athletic than the older, lumbering Spaeth, he kept that spot. When Nix went down for the year against the Baltimore Ravens, Spaeth was forced back into that role.

We pointed out last week that Spaeth got sealed to the outside on Adam Jones’ 4th quarter 24 yard punt return in the Wild Card game. And similar happened against Denver.

It’s a middle punt by Berry. Right gunner Ross Ventrone takes an inside release down the hashes to cover. Maybe Berry needed to place this more to his left, I haven’t studied his tendencies enough, and that could explain the route Ventrone took. 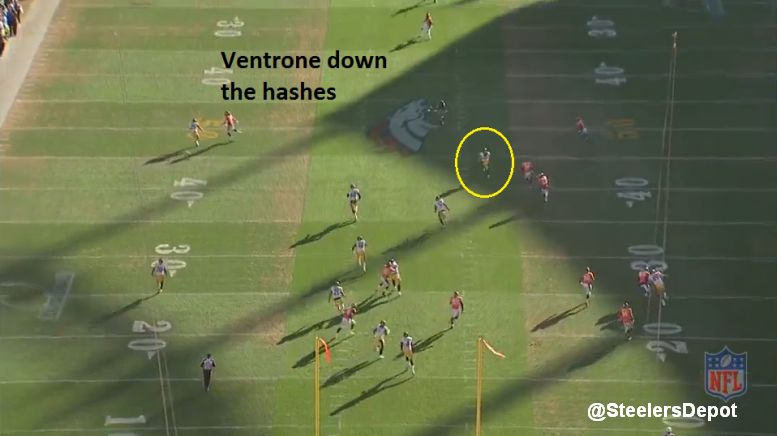 Regardless, the wings are the furthest outside contain players on any punt return. Here is Spaeth and Will Allen – the left wing – running down the numbers. 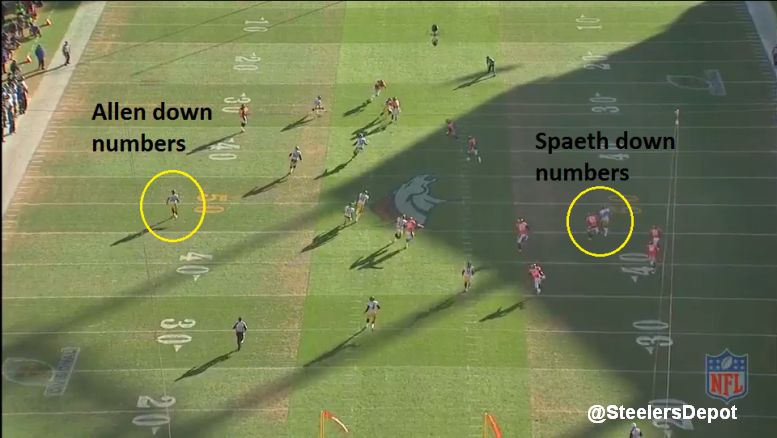 When Bolden catches the punt on the bounce and cuts to his left – the Steelers’ right – Spaeth is the only one to that side. He has to maintain his lane but can’t let the returner get the sideline. Like a linebacker holding the edge, he has to spill the returner to the inside and to his help.

Spaeth is able to get off the block and run down the numbers but the linebacker overtakes him and seals him, not allowing Spaeth to spill Bolden inside.

The returner gets down the sideline, Spaeth hopelessly diving at him and missing, and Bolden gets all the way down to the Steelers’ 30 before Shamarko Thomas finally chases him down from behind. In the process, Arthur Moats misses the tackle, injuring his pectoral and taking him out for the remainder of the game. 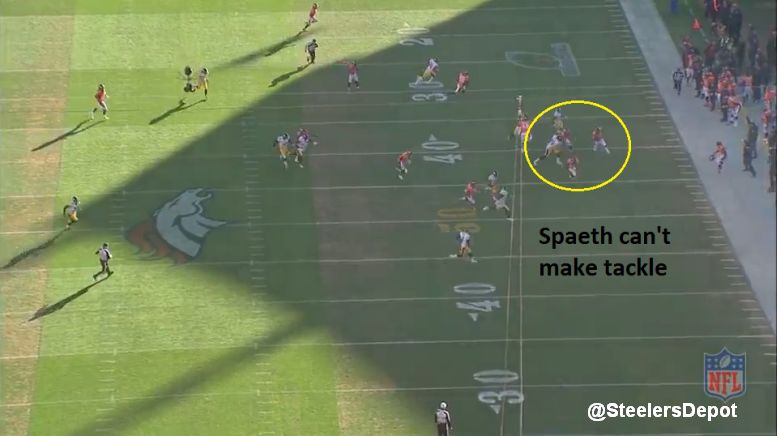 Point blank. If that’s Nix running that punt down, that outcome is a lot different, and better for Pittsburgh. Nix is getting downfield quicker, defeating the block, and either making the tackle or forcing Bolden inside. If Berry screwed up with his placement, you’re forcing the rest of your unit to compensate for the mistake. And when you have a liability on your coverage unit – like Spaeth is – he’s only going to compound the problem. And it results in negative plays for the Steelers.