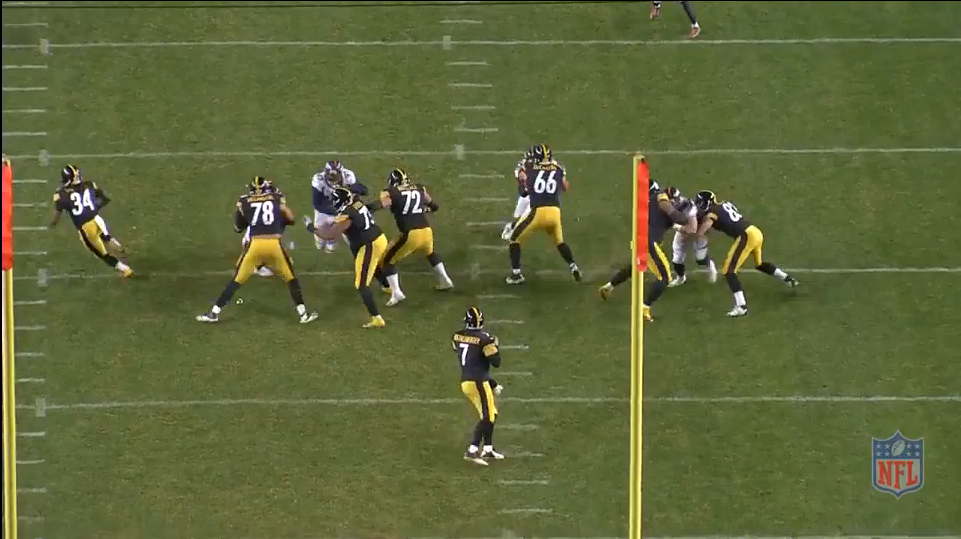 “Greatest show on turf, that’s the first thing that jumps out at me,” said Jaworski. “I think back to Dick Vermeil, Kurt Warner, Torry Holt, Marshall Faulk, all those guys, Issac Bruce, and it’s a fun offense to watch.”

“We play on grass,” Roethlisberger quipped. “That was an awesome offensive football team, and they were a lot of fun to watch. We’re not trying to be them. We’re just trying to be the best we can be. But, that’s a compliment and an honor.”

The Steelers enter Week 16 having averaged 27 points per game. However, they’ve averaged 35 in their last 6 games and that’s quite an accomplishment. With two regular season games against the Baltimore ravens and Cleveland Browns remaining, their streak of scoring 30 or more points might very well get extended to 8.

#Steelers WR Antonio Browns (@AntonioBrown84) ranks in the Top 10 in the #NFL in 2015 in the following categories: pic.twitter.com/Y7Ji8wCMyL