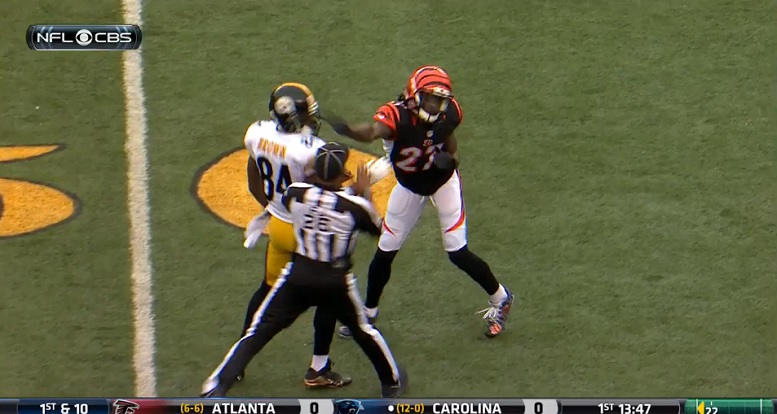 FedEx might be busy this week delivering fine notices to players who played in Sunday’s game between the Pittsburgh Steelers and Cincinnati Bengals. In fact, early word is that Steelers wide receiver Antonio Brown will have his Week 14 check docked by the NFL, according to the Pittsburgh Tribune-Review.

Earlier this season, Denver Broncos safety T.J. Ward was fined $10,000 for fighting, so that might be the same amount that both Brown and Kirkpatrick have to pay for their Sunday actions.

At some point during the coming days we should also find out whether or not Bengals linebacker Vontaze Burfict will be fined for his low hit on Steelers quarterback Ben Roethlisberger late in the first quarter of Sundays game. Additionally, Steelers safety Mike Mitchell might also be fined for his hit Sunday on Bengals tight end Tyler Eifert.