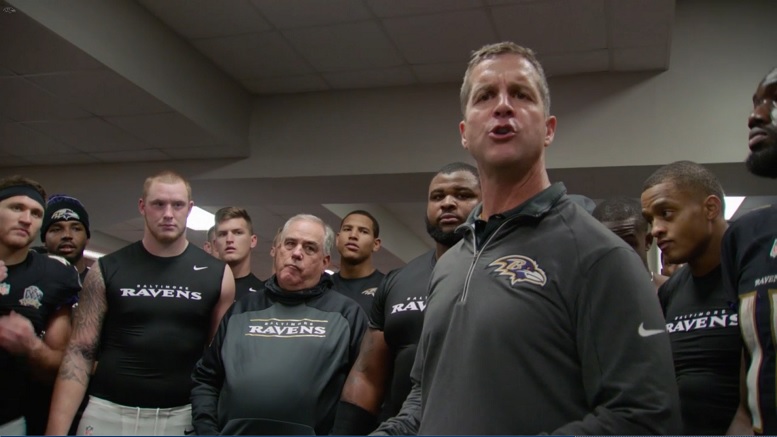 The Baltimore Ravens won’t be going to the playoffs this season but thanks to them beating the Pittsburgh Steelers twice this season, their AFC North rival might not make the playoffs either.

After the Ravens 20-17 Sunday home win over the Steelers, head coach John Harbaugh addressed his team in the locker room and reveled in the victory in a very predicable manner.

After making that address, Harbaugh looked straight into the camera and let the team media know they could use that footage.

“You can put that out all you want,” Harbaugh said.

The Steelers hadn’t lost two regular season games to the Ravens twice in one year since 2011 when they finished 12-4. Both losses this year were very disgusting with the second one coming against a Ravens team that was quarterbacked by Ryan Mallett, who was signed off of the street less than two weeks ago. Additionally, the Ravens main wide receivers on Sunday were Kamar Aiken, Chris Givens, and Chris Matthews. How many of those three players were drafted in your fantasy league this year?

Hey, can you blame Harbaugh for being cocky after this one? The Steelers were favored by 10-points ahead of Sunday’s road game and they laid a tremendous egg. Perhaps they should’ve known better than to expect a win.