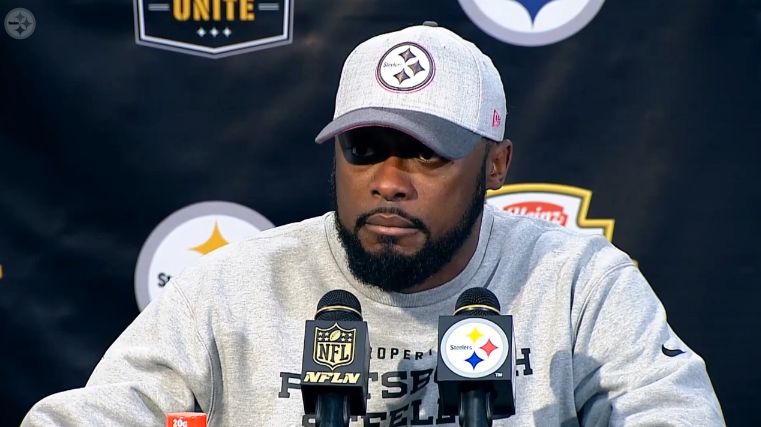 For all his warts, there is absolutely zero debate every Pittsburgh Steeler has bought into Mike Tomlin’s message. The “standard is the standard” motto that Tomlin surely is collecting royalties for. We wrote about why that has made him such a good coach weeks ago and Sunday, Mike Mitchell recognized it.

“It comes from the top with our leadership. We don’t get rattled easily and we really do adopt that next man up. Coach Tomlin the beginning of every week outlining the issues that we have before us.

He stays calm, we stay calm. I think when they don’t panic, it just trickles down.”

The Steelers have needed that message drilled home after suffering more injuries in 2015 than in any year in recent memory. Whether it’s been Ben Roethlisberger (twice), Maurkice Pouncey, Kelvin Beachum, Le’Veon Bell, Stephon Tuitt, Ryan Shazier, Cortez Allen, or Will Allen, the Steeelrs have had their depth tested as much or more than the rest of the NFL.

Mitchell is the midst of a bounce-back season after an injury-marred 2014 campaign. He’s always had the reputation as a hitter, and now healthy, he’s been able to show that week after week. That includes knocking out Oakland Raiders’ starting running back Latavius Murray from Sunday’s game.

“I’ve always kind of been known as a hitter. It’s nothing new. I think it’s just getting attention now because I had a year off of not doing it so much last year. People are starting to see it again this year after having not so many big hits last year.”