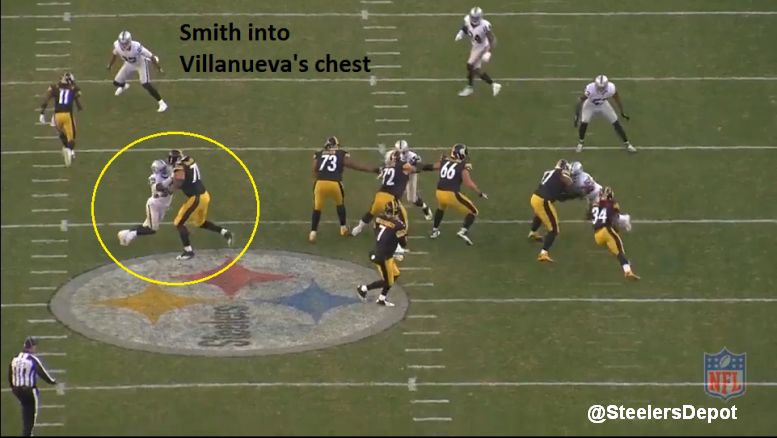 The Pittsburgh Steelers allowed just one sack in Sunday’s win over the Oakland Raiders, but as always, we’ll break it down.

1. 3rd and 10, 7:51 4th. Steelers are in 10 (1 RB, 0 TE) personnel. Five blocking, plus the RB chipping and releasing, against a three man rush. Yet again, the Steelers allow a sack when they have two more blockers than the defense brought. One of the most frustrating areas of pass protection this year.

The Raiders are in a two deep shell with each DB playing a trail technique. Play to the inside hip of the receiver to take away any breaking routes while the safeties dissuade from anything vertical. Common coverage in third and long and difficult for an offense to do much with. 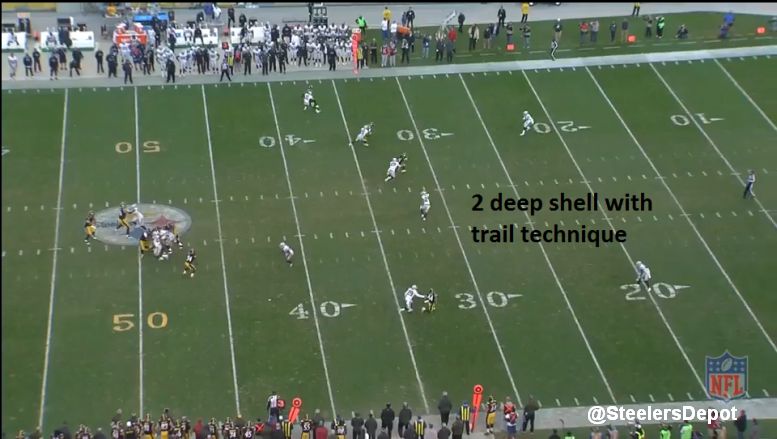 So for the first time all year, part of the blame will go on coverage. A defense just taking advantage of the down/distance and doing a nice job. Dropping eight into coverage and squeezing windows.

But the sack occurs in 3.18 seconds, not five. With a three man rush, it’s a little discouraging to see the play end so quickly, especially with a guy like Ben Roethlisberger who can keep a play going for seven to eight seconds. There’s blame to be had in addition to the credit given to the coverage.

Aldon Smith attacks the large surface area Alejandro Villanueva naturally has, getting into his chest while not allowing Villanueva to get into Smith’s body. Walks him back into the pocket and sheds, brining Roethlisberger down.

I only give half sack blame, don’t split it up any more than that, but I am left a little curious as to why Ramon Foster didn’t help out his left tackle. Have seen that time and time again, whether it was Kelvin Beachum or Villanueva, and I don’t completely get why he didn’t here. Only a three man rush and there’s no one in his gap. He doesn’t just stand there, or else I would have been more inclined to find him at fault, and he ends up helping Cody Wallace on the defensive tackle. I don’t know if it was just the way the protection was called, or an in-game adjustment to give Wallace extra help, or double that particular player, but I would love to know the answer. So if you’re reading this Ramon, hit me up (Go Vols!). 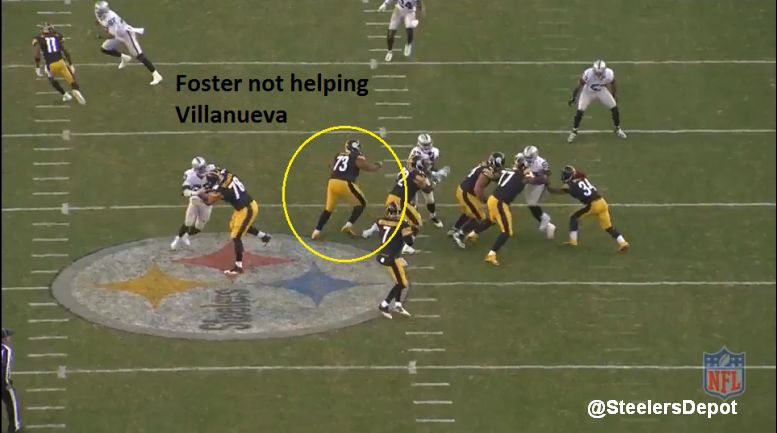 Instead of guessing, I’ll keep it simple and assign half the blame on good coverage and half on Villanueva for getting walked back by Smith.

Blame: Half on coverage, half on Villanueva