The Pittsburgh Steelers’ kick return game took a step back Sunday. And I’ll preface this by noting there are always several layers involved in a unit-wide breakdown, but largely, the issue stemmed from poor blocking. Not Dri Archer. We’ll examine the two today.

It’s important to note, and Mike Tomlin even brought this up in today’s presser, Cedric Peerman made tackles on both plays we’ll look at. Peerman is their top special teamer and the fact he was able to meet Archer before the 20 on both occassions speaks to the blocking issue before even turning on the tape.

The first return comes late in the first quarter. Vince Williams attempts to block Peerman but lunges and falls off him, letting the defender past. 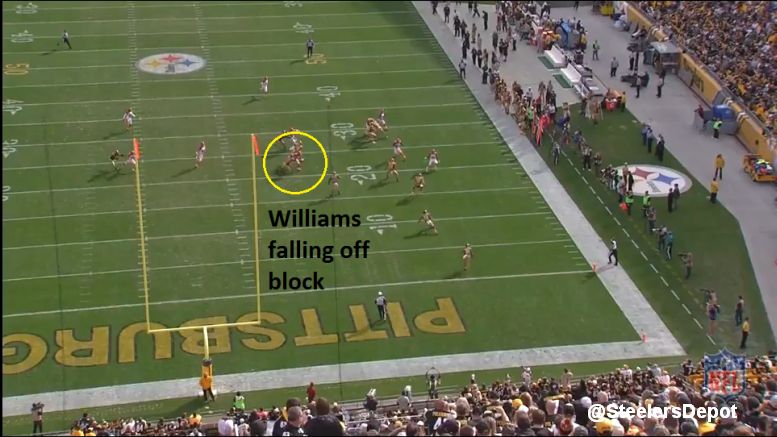 Peerman is now scot-free and darts in to bring Archer down.

I’d expect the logical counter to this would be why Archer didn’t run down the right sideline when there does appear to be a lane. That’s understandable; there is definitely a lane there. But, Archer seems to be asked to follow his upback Jordan Todman, the reason for why Archer cuts laterally. He’s mirroring Todman’s steps.

Here’s Todman cutting to the left. 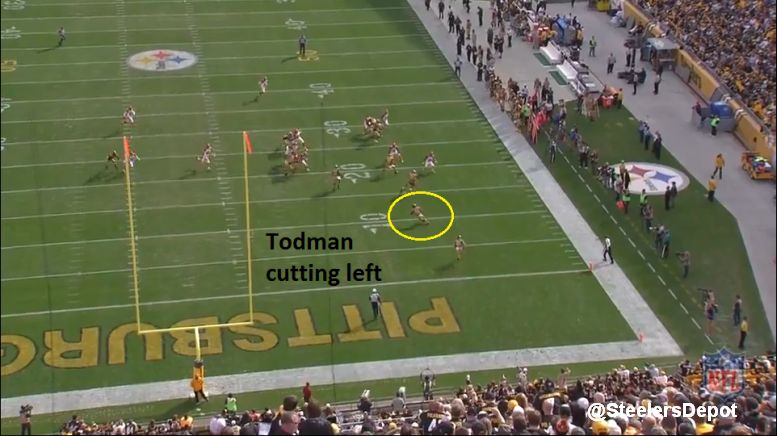 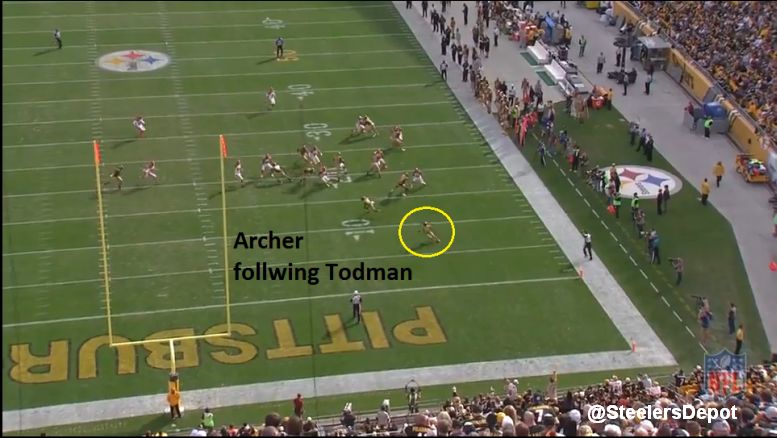 You can even see another Bengal to the left of the tackle. Arthur Moats failed to make the block. Even if Archer alludes Peerman, there’s another defender right there. Two unblocked defenders makes life tough on any returner. 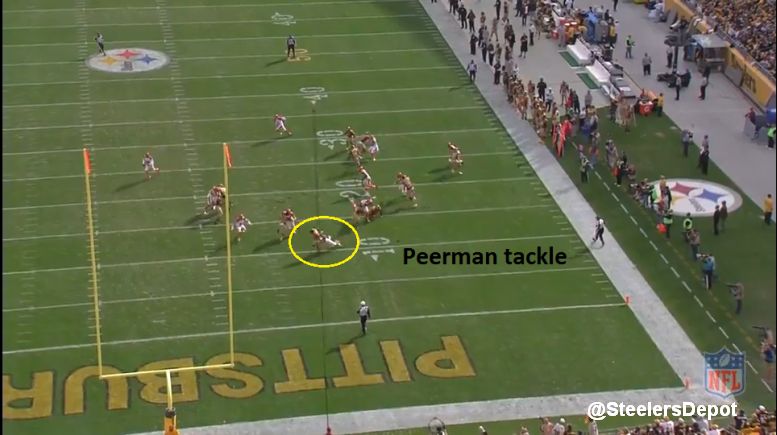 It’s hard for me to fault a guy for doing what he’s told and following his lead blocker and the direction of the play.

The second one is even more unequivocally on the blocking breakdown. The wedge and the upback all flow in the same direction. This time, it’s Robert Golden who can’t square up and slow down Peerman, who quickly sheds him and meets Archer before he can sniff the 20. 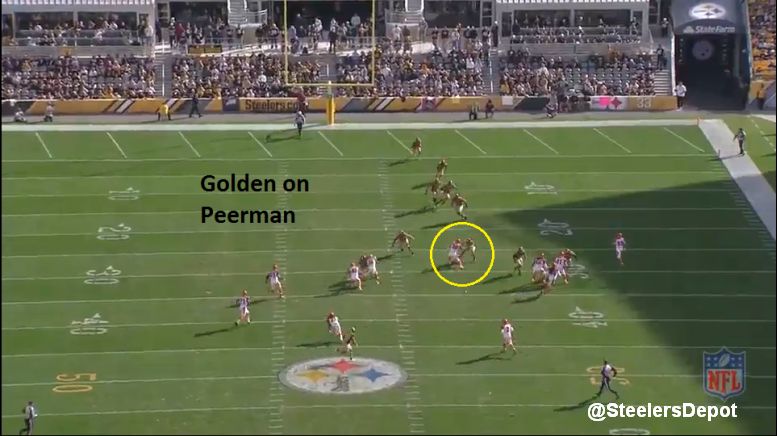 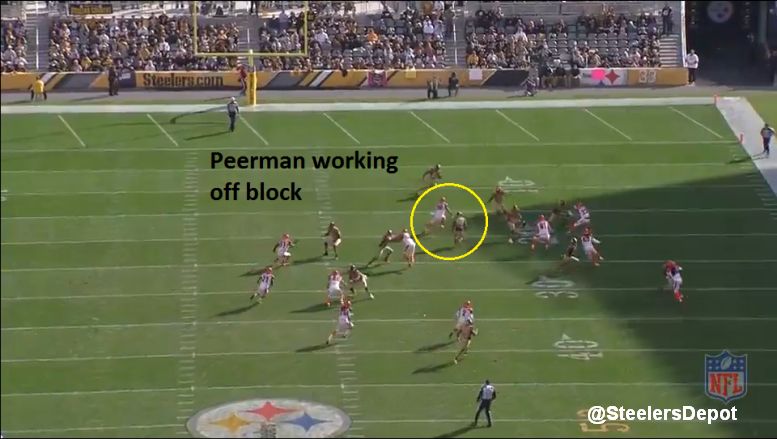 We try to dispel narratives here. It is easy to take shots at Archer, and the TV broadcast does us no favors. You never get to see the blocking unit succeed or fail. I am far from a special teams guru, but there were clearly bigger issues than Archer.

When he isn’t even afforded the ability to get to the 15 without resistance, the problems lie with the ten men in front of him. It isn’t that Archer is completely absolved from fault. But when the blame is being placed entirely on one player without a mention of other issues, it’s inaccurate and only self-serving.