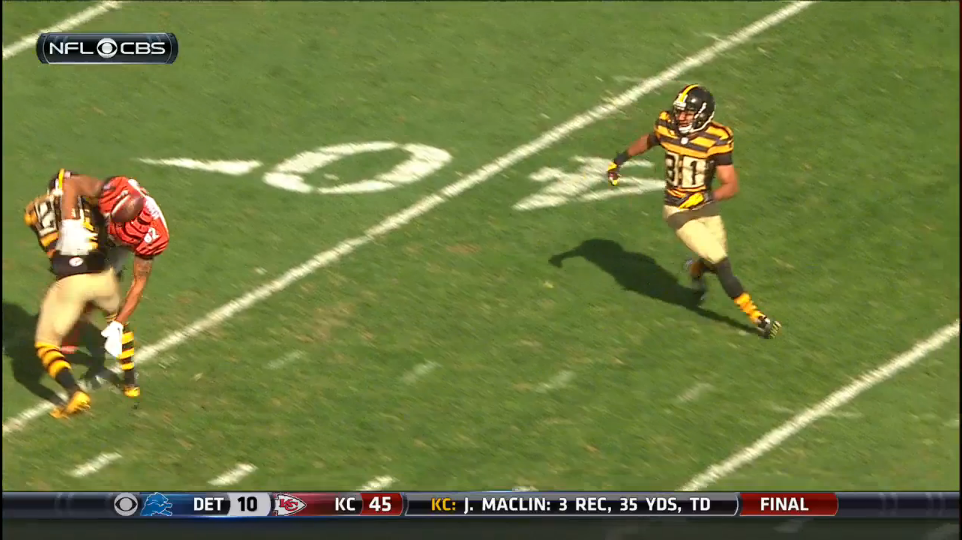 Pittsburgh Steelers safety Mike Mitchell isn’t one who is afraid to speak his mind. And he was very clear with reporters today that he has no problem with his celebration after injuring Cincinnati Bengals wide receiver Marvin Jones in the second quarter Sunday’s game.

Several reporters have the quotes.

#Mitchell on Jones calling him fake tough: "He's fortunate that I'm playing a lot smarter than I used to. … #steelers

Mitchell con'td: "… Because it very well could be a face shot or a knee shot and he probably would have been out a lot longer."…

Whether you like the celebration or not, there is no debate Mitchell’s hit on Jones was clean and textbook. As he alluded to, he’s playing much smarter and doing a nice job of lowering his aiming point to avoid penalty. Jones was able to return to the game a short time later.

Asked if he regretted the celebration, Mitchell replied “absolutely not,” according to Chris Bradford of the Beaver County Times.

Sunday marked the first time this season that Mitchell has been penalized. Last season, the safety was flagged four times in total.

There is obviously a lot of bad blood after Vontaze Burfict’s perceived celebration after Steelers running back Le’Veon Bell suffered a season-ending torn MCL earlier in the second quarter.

Mitchell cont'd: "I watched Vontaze Burfict hurt Le'Veon Bell, get up, jump and scream and run to his bench. I wish would have went low."…

The two teams will meet again on December 13th. The week leading up to that game should be an interesting one as the war of words are likely to continue.