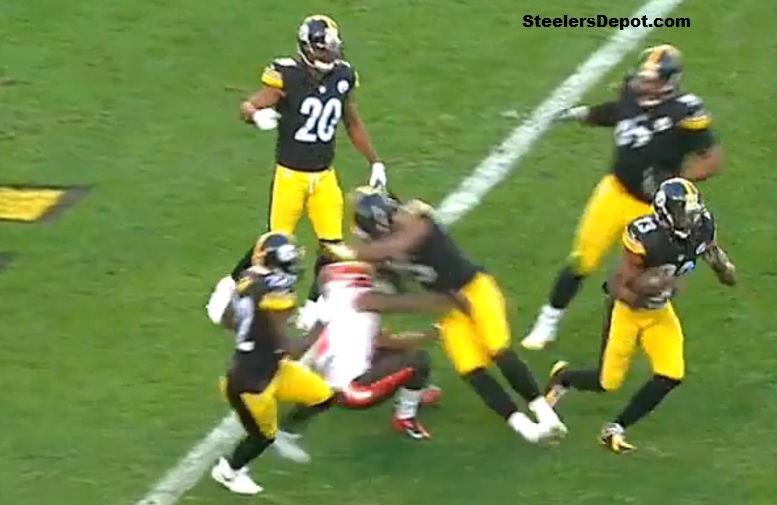 During his Friday talk with the Browns media, Cleveland offensive coordinator John DeFilippo admitted that he was a “little upset” after Jones leveled Hawkins following a fourth quarter interception by Steelers safety Mike Mitchell, according to Scott Petrak of the Medina Gazette.

#Browns DeFilippo on #Steelers Jarvis Jones' concussion-causing block on WR Andrew Hawkins: I was a little upset after that hit.

“Again, got to be careful with what I say here, I was a little upset of that hit, yeah, said DeFilippo. “I get frustrated at times when people think they can do my job and I believe me, I’m that last guy who can be a referee. So I don’t want to do that job, so I’m going to stick to coaching and try to do that to the best of my ability.”

Hawkins has remained sidelined with a concussion as a result of that hit and will likely miss the Browns Monday night game against the Baltimore Ravens as a result of it. He reportedly needed to be hospitalized in Pittsburgh briefly following that hit and fellow wide receiver Browns wide receiver Travis Benjamin has since called the the actions by Jones “unacceptable.”

As we showed you a few weeks ago, Jones’s hit on Hawkins, while violent in nature, seemed to be legal. Additionally, there have been no reports of Jones being fined for his actions in that Week 10 game.