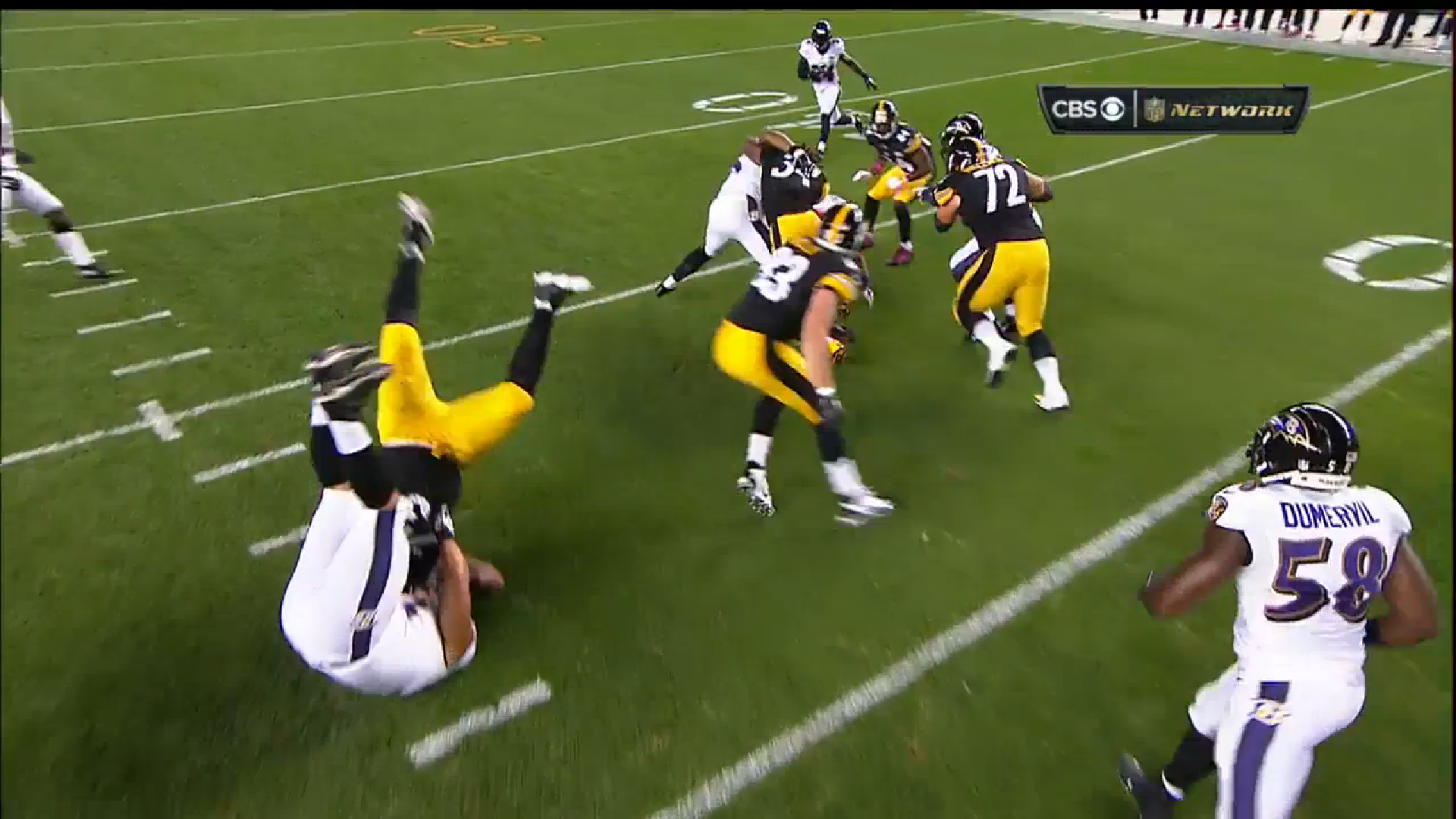 Last evening, Pro Football Focus posted its ranked list of the top-rated guards in the NFL this season, and Pittsburgh Steelers left guard Ramon Foster topped out at number five. This serves as a fitting coincidence, as this tape study was set to be published today anyway.

Foster has not been getting a lot of love from the fan base lately for his play on the field, and after an admittedly down 2014 season, entering the final year of his contract, perhaps that is not surprising, but it’s time to show the Big Ragu some love for his very above-the-line performance thus far this season, including last week’s game against the Ravens.

The Steelers offense got off to a poor start with a three-and-out, but they followed it up with some nice running to begin their second drive, which included an eight-yard run from DeAngelo Williams on second and two. On the play, Foster put Lawrence Guy on his back after seeing Williams cut back inside, finishing off a very physical block, for which he literally went head over heels.

Foster often gets knocked for his lack of athleticism, but when he is asked to get in space, he does usually get the job done. The Steelers asked him to pull a couple of plays later in the drive, having no difficulty getting out to the right side and sealing the edge of the play against Elvis Dumervil. Heath Miller was unable to complete his block against the inside linebacker to create the running lane, however, which forced Le’Veon Bell to cut back inside. 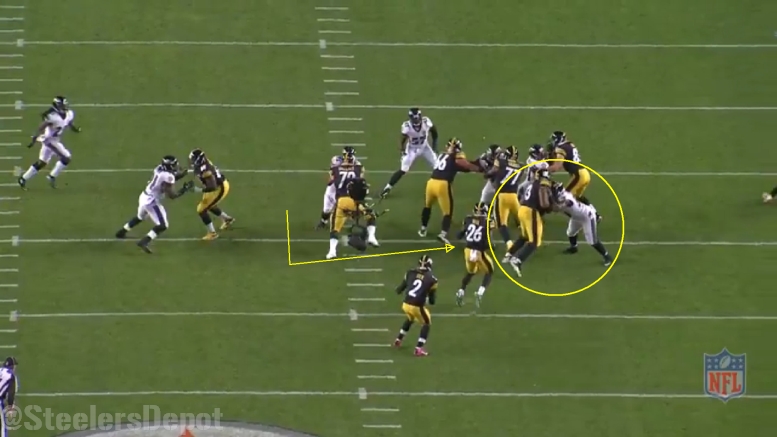 Foster has also shown that he can be as physical in pass protection as against the run, which is something that he has seemingly been getting back to this season. Take the incomplete pass to start the Steelers’ drive midway through the second quarter. The veteran left guard matched up well with the rookie defensive lineman for the Ravens, mirroring well, walling off, and then driving him back until he was about 10 yards away from the quarterback.

Foster came back on the next play to seal off two linemen on a run for about five yards, but he did end up surrendering the sack on third down. The left guard was caught peaking over to his left as the inside linebacker scraped inside to get around Foster, who noticed too late to rebound.

Speaking of physical blocking, it doesn’t get more physical against the Ravens than manning up in isolation over nose tackle Brandon Williams, which is the assignment that the left guard drew late in the first half on a nine-yard run from Bell. Foster was largely able to hold the point and fight him down the field as Bell cut back around behind him.

He did well later in the game against Williams, with an assist from this left tackle to get him started, but Foster held his block once he secured leverage and was able to turn him away from the running lane.

Foster was the team’s most consistent, and arguably best lineman in 2013 when they spent almost all of the year without Maurkice Pouncey. Thus far in 2015, he is doing the same thing again, perhaps even at a higher level.