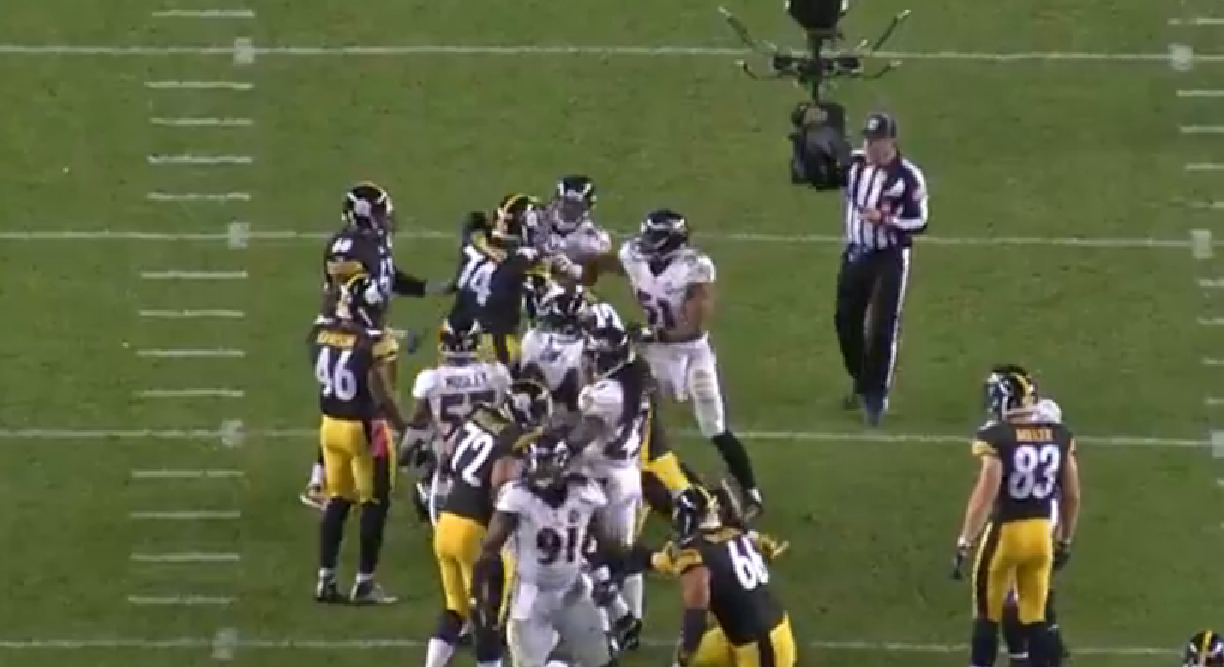 With the Pittsburgh Steelers a bit banged up on both sides of the ball, a couple of players got a helmet on Thursday night that normally wouldn’t, the most notable among them being second-year offensive lineman Chris Hubbard, serving technically as the eighth lineman, but actually seeing playing time as a tackle-eligible to the tune of 11 snaps.

While there was nothing spectacularly good or bad in those 11 snaps, however, there was enough to give an evaluation, and it is at least worth noting that they chose to use Hubbard in this role over Alejandro Villanueva, who saw one snap during the game—at wide receiver.

Hubbard’s first snap game about five minutes into the first quarter, on a first-down pass that went for 18 yards to Markus Wheaton. Lined up off right tackle, the guard mirrored the edge rusher running up the arc, losing ground, but maintaining just enough to be in arm’s length before Marcus Gilbert moved over to cover him.

Late in the first half, he reported back in as an eligible on first and 10 from the 11-yard line, lined offset from the right side of the line. This time, he was beaten cleanly and handily at the line, with the edge rusher knocking him off balance and beating him outside to give chase before Le’Veon Bell cut  back upfield after eluding the linebacker, ultimately scoring.

In the middle of the third quarter, Hubbard reported as eligible just in time for Michael Vick to take a pair of sacks, though neither were on him. This time, he aligned off the left side, doubling the right end for the length of the play until Vick scrambled late and opened an advantageous angle for the end to pass by, though too late to impact the play.

Back on the field for the four-minute offense at the end of the second half, Hubbard’s assignment was simple—seal inside the in-cutting end—but it helped lead to Bell’s 21-yard run by opening up a wide lane off left end.

He also did well on the following play, but it was a bust from the beginning after Vick mishandled the snap. After the Steelers got the ball back with about two minutes to play, Hubbard put in a fine three-play sequence, first on the left side, finishing the final two plays on the right, with the first being the most noteworthy play.

The Steelers recovered a turnover on downs at the Ravens’ 29-yard line and went to the ground for three straight plays. On first down, they tried to run Bell off the left side, but there was no room to run. For his part, however, Hubbard managed to stalemate his defender, even driving him back late and showing some aggression.

There is not a lot to take away from such a small sample size, and it is easier to play off the perimeter often against smaller defenders than it is to play in the booth, but Hubbard did look better than he did during the preseason. Still, the Steelers would no doubt rather have an actual tight end in that role next week.