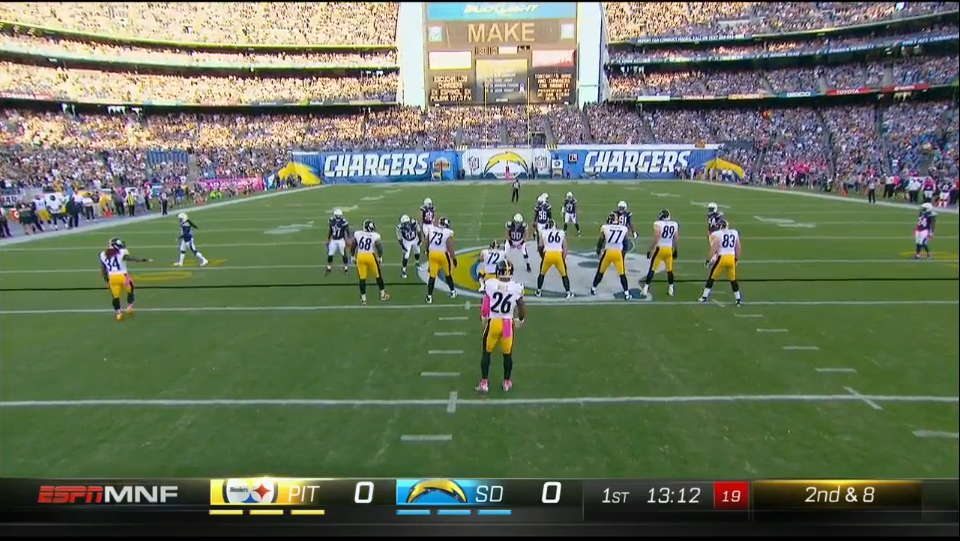 Another wacky game that deserves some equally funky statistics.

– Mike Vick played his best late but still finished the game completing 50% of his passes. By Pittsburgh Steelers’ quarterbacks who played the entire game, it’s the lowest percentage in a win since Ben Roethlisberger in 2006. That day, Big Ben went 12/25 in a 20-3 victory over the Tampa Bay Buccaneers.

– Markus Wheaton is just the third Steeler to catch exactly one pass for at least 72 yards and a touchdown. Chris Hope went 81 yards in 2003 and Mark Malone went 90 in 1981. Both of those came in losses.

– This is obviously because Vick, not Roethlisberger, is in the lineup, but Antonio Brown has just 87 yards and no touchdowns over the last two combined games. Excluding games he missed, it’s the first time he’s been held under 100 yards without a touchdown since Weeks 8-9 of the 2012 season.

– Bud Dupree is the first Steeler rookie to record three sacks within his first six games since LaMarr Woodley in 2007. And he’s only the sixth in team history, since the stat was officially tracked.

– Chris Boswell made a little Steelers history Monday. Dating back to 1960, his 47 yard field goal is franchise’s longest first made field goal. Todd Peterson previously held the record with a 46 yarder in 2002. Shaun Suisham’s first field goal in Pittsburgh was a 45 yarder.

– Jordan Berry’s eight punts tonight were the most in a game since Drew Butler booted eight in 2012. No Steeler has had more than 8 in a game since Josh Miller’s nine in 2003.

– Antwon Blake’s 70 yard interception return for a touchdown is the longest pick six by a Steelers’ DB since Dwayne Woodruff in 1988.

Fun fact: The Steelers first touchdown in franchise history was an interception returned for a touchdown – a 99 yard scamper by Martin Kottler in 1933. He would be released a few games later.

– The Steelers have allowed eight quarterbacks to complete 70% of their passes over the last two years, including Philip Rivers Monday night. It happened against the Steelers eight times from 2009-2013, a combined 80 games. Now it’s been done in 23.

– The Steelers 14 first downs tonight were the fewest in a regulation victory since November 8th, 2010 against the Cincinnati Bengals.

– And the best for last. Le’Veon Bell and the Steelers are the second player/team to score a game-winning rushing touchdown at the “buzzer” since 1994. Ricky Williams and the New Orleans Saints did the same to the Carolina Panthers in 2001, taking it in from one yard out.

UPDATE: There have actually been two before then. Larry Johnson in 2005 and David Carr in 2003. Still, a rare feat.