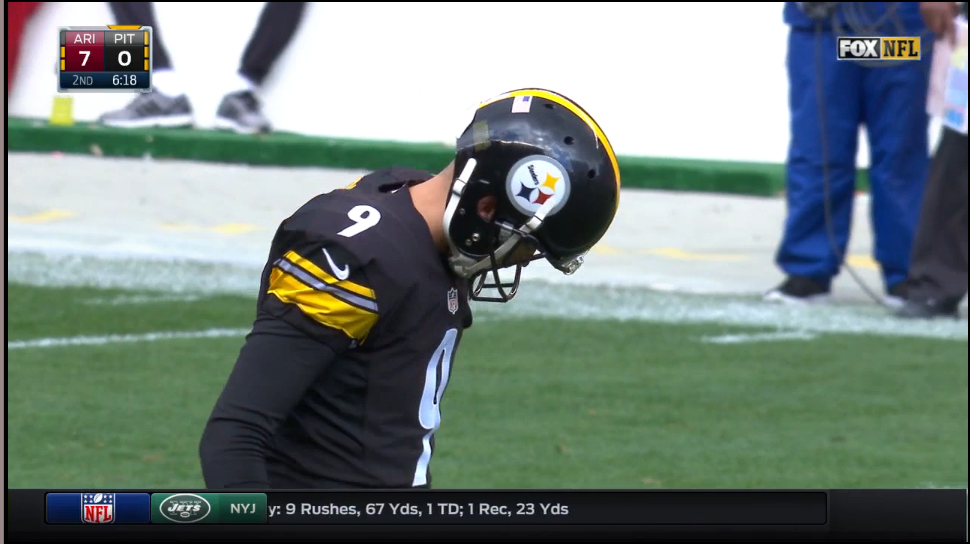 It only took the most difficult path for the Pittsburgh Steelers to find him.

Unknown. Unassuming. But available. That was the report on him when the Steelers decided to sign him sixteen days ago. Since then, he’s made all five of his field goals. And rewriting the Steelers’ record books in the process.

His first make as a Steeler came from 47  yards out, the longest debut conversion in team history, besting Todd Peterson’s record of 46.

Yesterday, he went 4/4 including makes from 47, 48, and 51. According to my research, he is the first Steeler in team history to make three 47+ yard field goals in one game. Not Shaun Suisham. Not Jeff Reed. Not Gary Anderson. Boswell stands alone.

Remember the unassuming part of Boswell though? He reacts like his performance is no big deal.

“I don’t really think too much when I kick. I just kick the ball the same, no matter where you are,” he told reporters in the locker room following yesterday’s 25-13 win over the Arizona Cardinals.

He acknowledged another good performance will boost his confidence but it won’t matter much in six days.

“Next week is a new week. I can’t just expect to ride this forever. I have to get back to work.”

Don’t expect Boswell to be perfect the entire year. But expect him to be very good and with a leg that will allow him to make virtually any attempt.