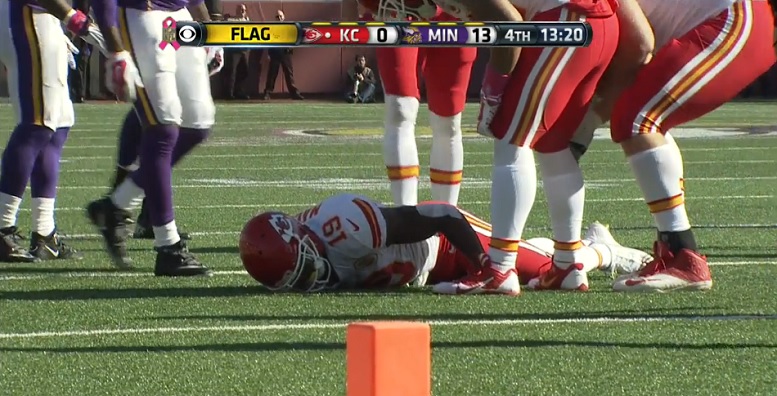 The Kansas City Chiefs Friday injury report won’t be released for several more hours, but when it is, all eyes will be on the status of wide receiver Jeremy Maclin, who is attempting to battle back from a concussion that he received early in the fourth quarter of last Sundays game against the Minnesota Vikings.

While Maclin has missed the Chiefs first two practices so far this week, he is expected to be cleared to return on Friday, according to Ed Werder of ESPN. Assuming Maclin practices on Friday and doesn’t experience any setbacks on Sunday, he should play Sunday against the Pittsburgh Steelers.

Maclin leads the Chiefs in receptions so far this season with 39 and as Werder points out, he has more catches and yards this season than all other Chiefs wide receivers combined.

During his career, Maclin has only played against the Steelers once. In 2012 as a member of the Philadelphia Eagles he caught 5 passes for 39 yards.

As soon as the Chiefs Friday injury report is made available, we will pass it along to you in its entirety.