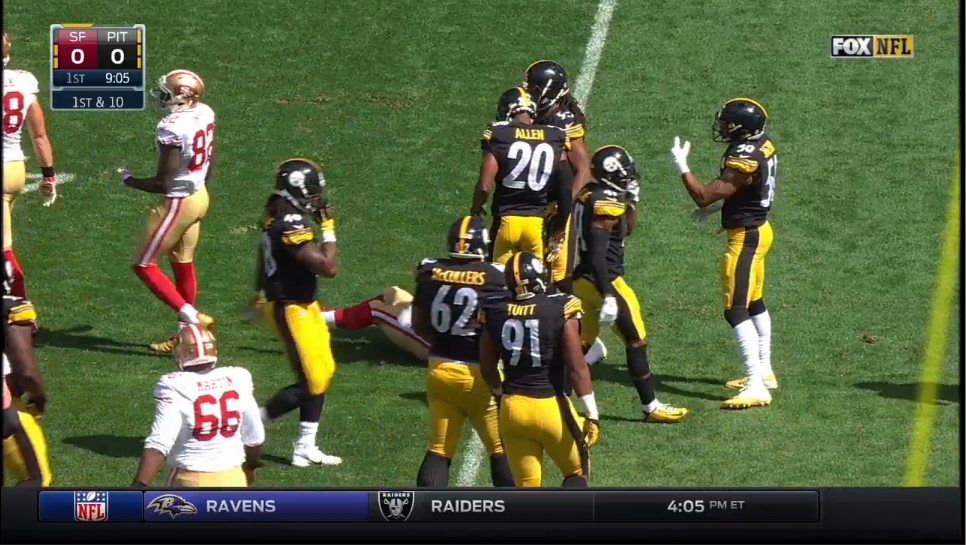 We’ve highlighted Will Allen’s community work before. Now, he’s being recoginized by the league. The Pittsburgh Steelers’ safety is one of four finalists for the Byron “Whizzer” White Award, annually given to one player who best “honors the player who serves his team, community and country in the spirit of Byron Raymond “Whizzer” White.”

White, a former Steeler and the first “big money” player in league history, went on to become a Supreme Court Justice.

Allen is best known for founding the Will Allen Foundation, getting directly involved with students at four schools, including two in Pittsburgh and his alma mater in Ohio, guiding them to graduation. He’s also been apart of several football camps, including a recent “Camp of Champions” also attended by Darrius Heyward-Bey and Arthur Moats.

He is one of four finalists. The other three include: Denver Broncos’ safety David Bruton, Buffalo Bills’ guard Eric Wood, and New England Patriots’ tackle Nate Solder. The award should be announced in March.