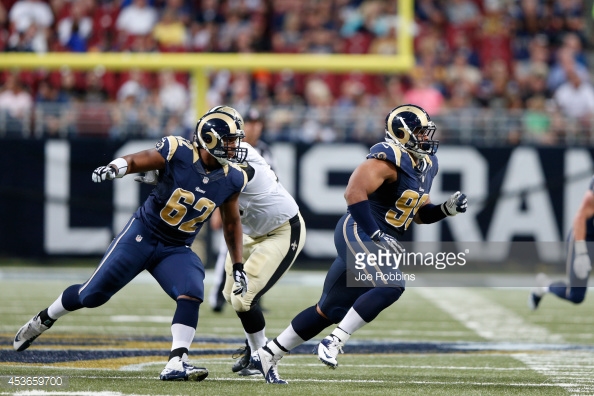 He can only hope to be so lucky again this week. Aaron Donald and company might have other plans.

“That’s where it starts. The protection of our QB,” he told reporters.

Specifically, it starts with containing Donald. Through two games, the defensive tackle has 2.5 sacks and several other pressures.

“The things I know about [Donald] don’t help me sleep easy.”

When asked about what makes Donald so good, Tomlin compared him to someone Steelers’ fans know well.

“Donald is like James Harrison. He’s not small, he’s short. It provides built-in leverage. It’s an advantage. I know that’s what the tape tells me.”

He also admired Donald’s work ethic, noting he saw him working out at the Pitt Panthers’ facility immediately after his 2014 season, which resulted in 37 tackles, 9 sacks, and two forced fumbles.

Through two games, the Rams have eight sacks, seven of those coming from their defensive line. Robert Quinn and Chris Long, both first round picks, have combined for another three sacks.