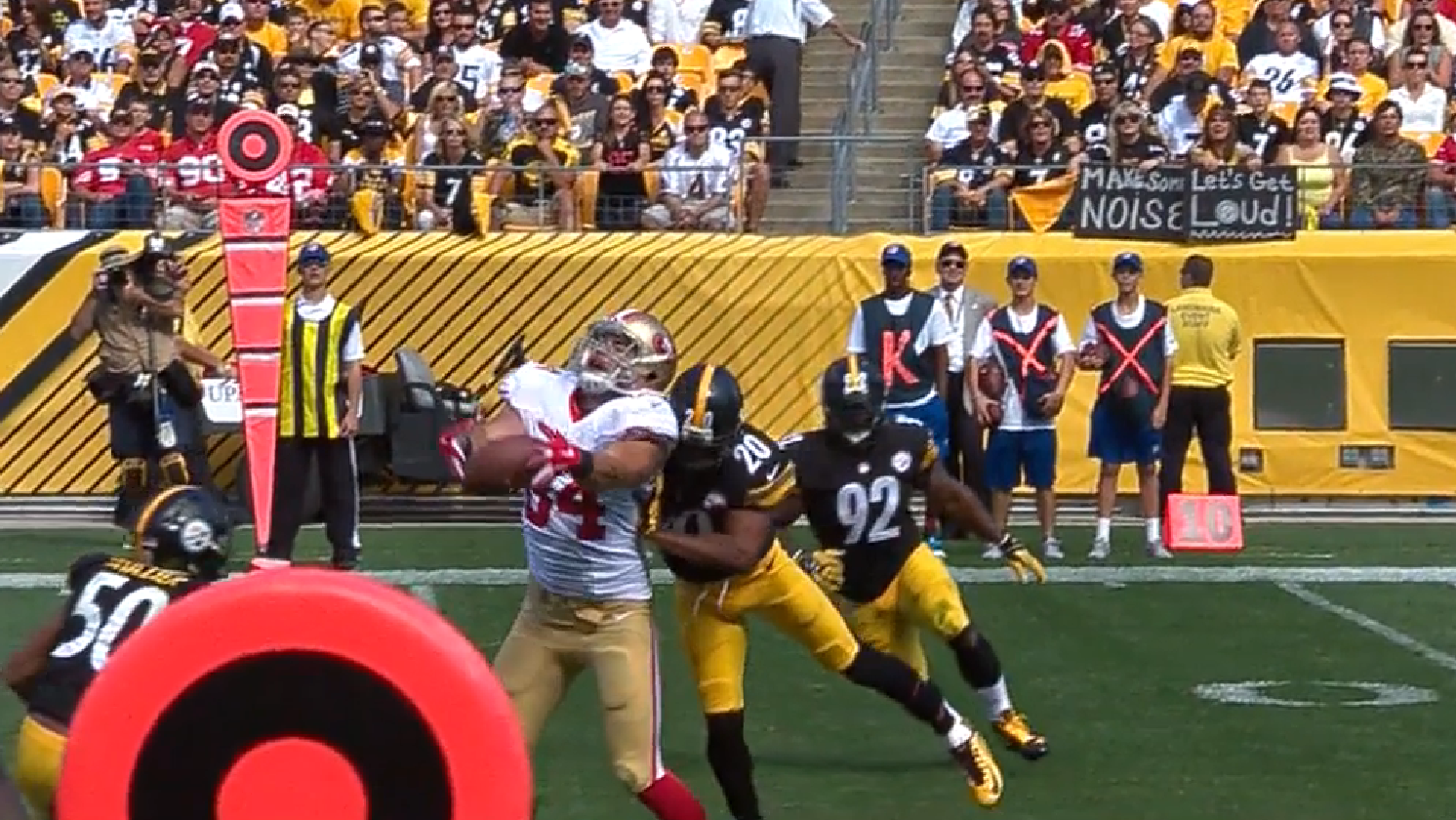 It was not much of a stretch for most ardent observers to picture the Pittsburgh Steelers offense generating six touchdown drive en route to a blowout victory over the 49ers, which is exactly what happened yesterday. It was a little harder to predict the level of physicality that the defense was able to muster through much of the night.

Years back, outside linebacker James Harrison once caught heat for claiming that he wanted to hurt opponents, distinguishing hurt from injure. To hurt an opponent is to bruise him both physically and mentally, making him feel every hit, and sapping his will to run the ball up the middle.

The Steelers made the 49ers feel their presence throughout much of the night. Though not to boast, the defense sent two San Francisco players to the sidelines, including starting running back Carlos Hyde, as well as valuable tight end Vance McDonald. Later, rookie tight end Blake Bell was sent to the sideline after receiving a nasty shiver to the back after a reception, courtesy of the veteran safety, Will Allen.

Much maligned for his Week One performance, cornerback Antwon Blake started yet again and displayed much of the physicality that earned him credit last season, including, in one instance, inducing a fair catch with his hard hitting.

In fact, Blake registered the first notable defensive play of the day, bringing down Hyde for a loss of three yards on the second play of the game. Toward the end of the opening drive, Stephon Tuitt laid into Colin Kaepernick on the first of the Steelers’ five sacks.

The 49ers found success driving down the field on the following drive, but they hit a road block on first and goal, starting with Harrison hitting the running back for a loss of four yards (the Steelers accepted a holding penalty).

William Gay blew up a screen for a loss of three on the following play, and then Cameron Heyward hit on back-to-back plays, first on Hyde for a loss of four yards, then sacking Kaepernick on third down for a loss of seven. By the end of the drive, it was fourth and goal from the 29.

On the following drive, it was Ryan Shazier who hit on back-to-back plays for a loss, first for one yard on Hyde, then sacking Kaepernick on a blitz for a huge loss of 17 yards. Shazier’s speed and aggressiveness proved to be a nightmare for the 49ers for much of the afternoon, and was one of the catalysts for the Steelers’ overall aggressive, physical display on defense.

There were many things about this defense that we didn’t know, but among those that we did were that it is a unit filled with youth and athleticism, and that all happened to come together in mostly positive ways yesterday afternoon. It is up to this unit to build upon that attacking, physical mindset as their foundation for the rest of the season.