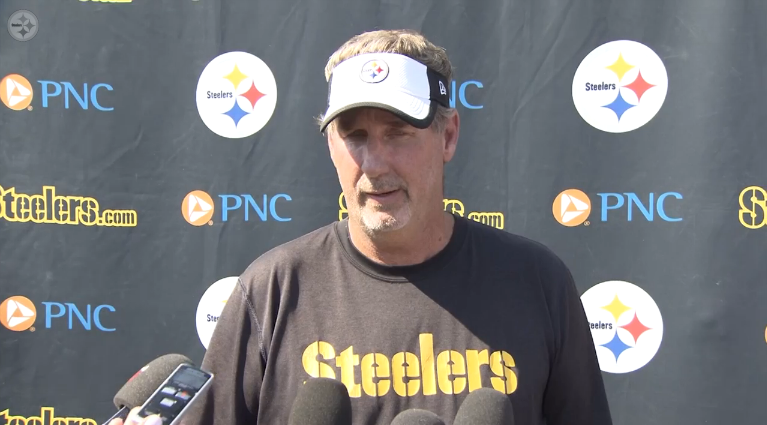 You don’t need me to tell you communication breakdowns was one of the biggest defensive issues in Week One.

And you don’t need to tell Keith Butler it has to get fixed.

Speaking to the media yesterday and posted on Steelers.com, Butler talked about what led to some of the Pittsburgh Steelers’ miscommunication.

“There are always issues if you haven’t practiced together. When 11 guys play together, they get to know each other and understand the body language of others. There are a lot of things that go into trying to coordinate a defense, especially when the other team is trying to hurry you up.”

He also specifically went into what occurred on the two instances of the Steelers having only ten men on the field – once in the second quarter and again late in the fourth.

“One time there was miscommunication. One was supposed to come off and two came off instead. One time we change the personnel and the guy who was supposed to be in there wasn’t in the game at the time. We got caught in those situations and we can’t do that. That’s on me, and that’s my responsibility to correct it.”

With Week One out of the way and the Steelers playing at home against a slower-tempo offense, the communication issues may not be completely solved but almost certainly improved.