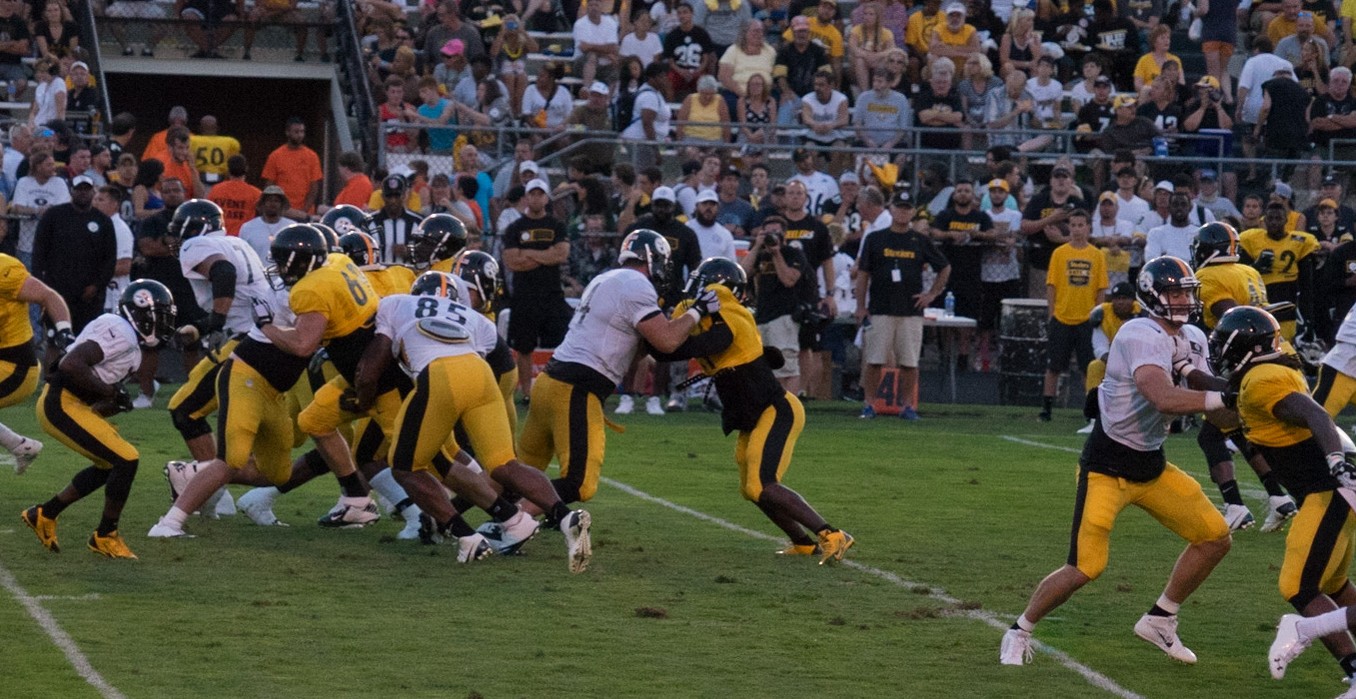 After yesterday’s practice, the Pittsburgh Steelers announced that they were awarded undrafted rookie tight end Ray Hamilton off waivers from the Dallas Cowboys. In a corresponding move, they waived injured first-year tight end Rob Blanchflower, who had missed the previous few practices.

This comes off the heels of the release of tight end Michael Egnew, a third-year former third-round draft pick who was signed to a Reserve/Future contract in January. The move was made in order to open up a roster spot for cornerback Brandon Boykin, who was acquired via trade with the Philadelphia Eagles for a conditional fifth-round draft pick in 2016.

The moves leave the Steelers with just four tight ends that they entered training camp with, and five in total. But it also means, it seems safe to speculate, that they have narrowed their focus down to two players when it comes to finding a new third tight end for the 53-man roster.

The Steelers only carried over two tight ends from last season’s roster, necessitating the current search for a third. Blanchflower, a 2014 seventh-round draft pick who spent his rookie season on the practice squad, was the early favorite before Pittsburgh added Jesse James in the fifth round of the 2015 NFL Draft.

While James will in all likelihood be given the nod for the third spot even if slightly outperformed due to his draft stock, the fact that the Steelers have cut away some of the previous fat at the position and essentially narrowed it down to James and Cameron Clear says something about how much they like the pair of them.

Chances are, one will make the 53-man roster and the other will be placed on the practice squad. Clear, an undrafted rookie free agent, was mentioned by name during the spring by offensive coordinator Todd Haley as the first sign that the team is in his corner.

The scouting department had a certain type of player in mind as they scoured the collegiate ranks to find a new third tight end for this season. James and Clear were among their top candidates, both having been brought in for pre-draft visits.

Both players, they viewed, were improperly used during their college careers, Clear in particular. Both are bigger bodied tight ends who have the capability of developing into strong run blockers, which they set as a prerequisite for what they were looking for.

And it makes sense, given that both Matt Spaeth and Heath Miller are nearing the end of their careers, each with two years left on their contracts. The hope is that at least one of these players will be part of that tight end stable in the future.

Training camp tends to be an up and down affair for all but the most consistent players, but yesterday’s practice served a high note for each of them, which including securing a couple of touchdowns as they show their versatility as pass catchers. The Steelers will be hoping to see as much on game days, starting on Sunday in the Hall of Fame game.