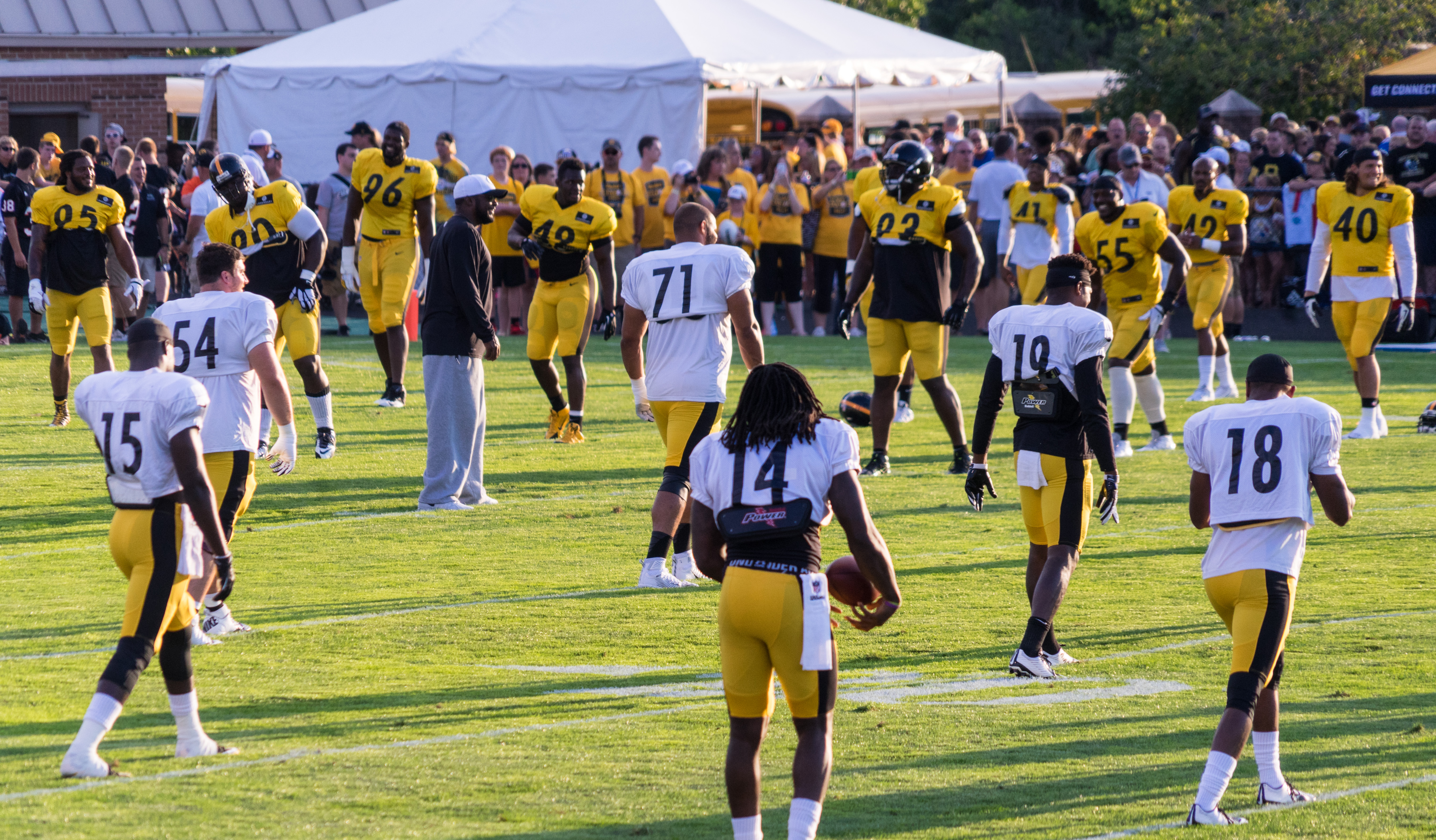 While it was not reported at the time as an overly ominous happening, multiple writers, including Dale Lolley, noted that Pittsburgh Steelers wide receiver Martavis Bryant “came down hard on his left elbow on a deep pass”, adding that he “got up shaking the arm out”.

Though he had an ice pack on his arm after practice he didn’t miss any time, but when it was observed that he did not take the field yesterday, it became apparent that something was up. We learned later that Bryant developed an elbow infection that will result in a minor operation, the overall impact reportedly causing him to miss about a week and a half. That means that he will most likely not be able to participate in the Steelers’ Hall of Fame Game coming up in a week.

It is certainly unfortunate for Bryant to be sidelined as he enters a critical stage of development on the brink of an expanding role in the offense. Part of the reason that he was inactive for the first six games of his rookie season is because he was too raw and undisciplined in his game to be relied upon to contribute without committing costly errors.

It is true that every rep counts, and missing time is not good for him. But it’s a minor operation that leaves him with plenty of time to get back into a rhythm. And as long as that remains to be true, the fact that his practice reps are now open for other contributors to take is a bit of a blessing in disguise as this young wide receiving corps comes together.

While not a young player, we have seen Darrius Heyward-Bey step up yesterday, lining up outside with Markus Wheaton also sitting yesterday, and while he still has some bad habits in his mechanics and execution, he is reported to have had a good camp so far.

But the real interesting narrative is what is developing behind him. As Dave Bryan noted, there are three young receivers in particular that are likely to benefit for the next week or so with Bryant out, perhaps none more than rookie wide receiver Sammie Coates.

Said to be coming off his best practice of the season thus far, Coates has the most similar game profile of Bryant, and though he has been working with the second-team group of wide receivers, he could make the jump to the starting group, if only on occasion, to get some higher quality reps.

Rookie undrafted free agent Eli Rogers has already been working with the starting group as a fifth wide receiver, but he, too, should get a healthier dose of snaps now as he temporarily ascends the depth chart. Also likely to benefit is C.J. Goodwin, who spent all of last season on the practice squad.

While Goodwin has continued to flash, there are elements of his game that he must continue to work on. If he manages to get any first-team reps with Ben Roethlisberger throwing the ball, that can only help his development.

As many observers have noted, the Steelers have assembled for themselves an interesting and impressive young group of wide receivers, much of which requires development before we really know what we have. With Bryant sidelined for a short while, it gives at least one of them the chance to seize a major opportunity.