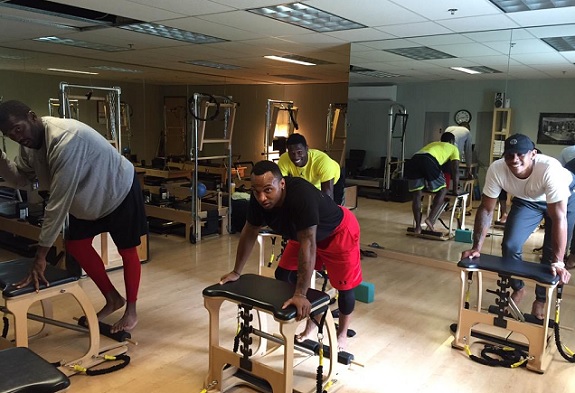 Pittsburgh Steelers wide receiver Antonio Brown is currently starting to wind down his offseason training program and it appears as though he’s doing so under the watchful eye of former NFL wide receiver Randy Moss.

On Monday, Brown posted a picture on his social media account of himself doing some pilates training with Moss and current Cleveland Browns quarterback turned wide receiver Terrelle Pryor.

In a few videos posted by Brown on Sunday, it appears as though Steelers safety Will Allen is also training with the group.

#84 receiver academy coming soon @RandyMoss still smooth with transitions. Any DB in pittsburgh come out work with us pic.twitter.com/7Rwzs4k4gD