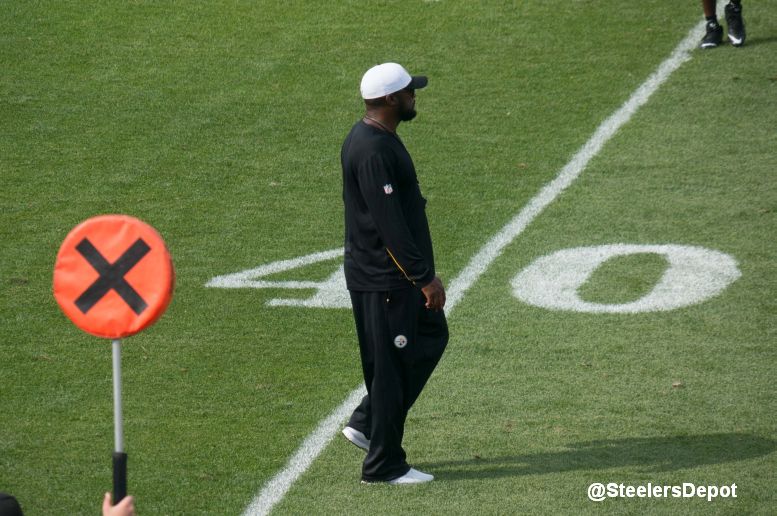 A couple of months back, I speculated that, with the departure of defensive coordinator Dick LeBeau and the promotion of Keith Butler to the same position—one that he has never held before—we could expect to see the formulation of a new defense through a collaborative effort of much of the coaching staff.

While the idea was met with healthy skepticism at the time, but it does appear that this is what may be unfolding, after head coach Mike Tomlin was reportedly seen doing his best impersonation of himself more than a decade ago when he was the defensive backs coach of the Tampa Bay Buccaneers.

Tomlin was, according to Dale Lolley, emphasizing some of the fundamentals of the Cover 2 defense, using himself and former Buccaneers safety Dexter Jackson as examples of executing proper technique. Jackson, whom Tomlin coached when he was named Super Bowl MVP, is serving as a coaching intern this training camp, which may not be a coincidence.

That is not to say that this all may amount to a significant shift in defensive approach and philosophy, either in the short-term or the long-term, but it is clear that the defense is being tweaked, with the input of multiple sources, now that the master chef is out of the kitchen and the apprentice is left to lead his first staff.

If Tomlin wants his defensive backs to be better-versed in the Cover 2, then that will require the cooperation of Carnell Lake, the defensive backs coach. John Mitchell, the defensive line coach, will be required to emphasize the penetrating principles of one-gapping, which the team has resolved to use more this season as well.

Earlier in the offseason, the linebackers coaching staff was split in half, divided between Jerry Olsavsky for the inside linebackers and Joey Porter for the outside linebackers, increasing specialization both on the field and in the meeting rooms.

In the meantime, Tomlin, a former defensive backs coach and defensive coordinator, seems to be taking this opportunity to instill a bit more of his own personality on the defensive side of the ball, which has not been his modus operandi throughout his tenure as head coach.

Tomlin, in fact, has been heralded as a leader of men for his ability, and willingness, to apportion the various coaching responsibilities to his position coaches and coordinators, trusting them to have the competence to do their jobs.

Perhaps that was simply a matter of reading the pulse of his team, and with the turnover at coordinator, the pulse is telling him differently now, with a more interactive and hands-on approach being called for in order to establish the foundation of this next era of the defense.