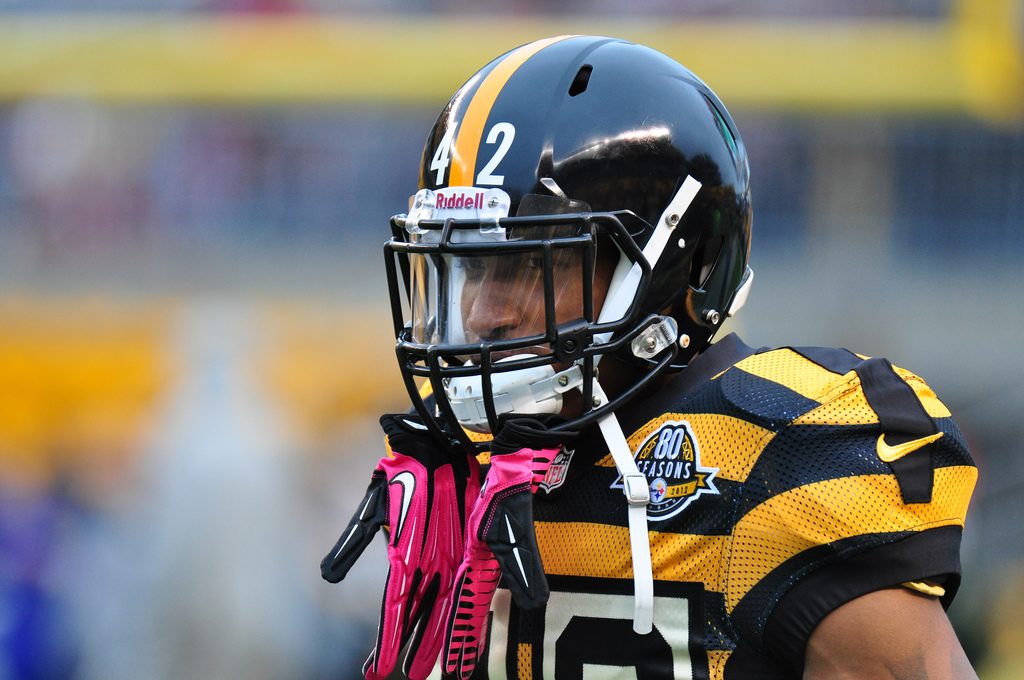 Need to get a defensive player in here today. We’ll do that with ex-Steeler safety Da’Mon Cromartie-Smith.

DCS, as we called him, is unique in that he’s one of the highlighted players still in the NFL, currently under contract with the Washington Redskins.

He was signed as a UDFA out of UTEP, bouncing on and off the team’s roster from 2010-2013. Over ten career games, he recorded four tackles.

Cromartie-Smith is probably most well known for being the cousins of Dominique Rodgers-Cromartie and Antonio Cromartie.

Also of note. Pro Football Reference lists a high school but not a college for him. DCS definitely went to UTEP but the site makes it look like he went all NBA on us, going straight from high school to the NFL. I wish it were true.

Da’Mon Cromartie-Smith, your blast from the past.